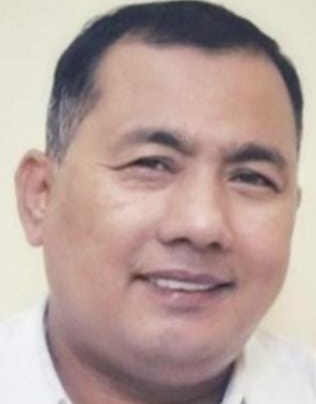 There are numerous schemes launched over the last 8 years of Modi Ji’s tenure. Out of which I have chosen the following ten schemes that benefited the common men and women of Bharat from Kashmir to Kanyakumari and from Ahmedabad to Imphal. These schemes stood out in my opinion as the top ten schemes that brought Achhe Din(Good Days) and a smile on the face of every Indian. This is my tribute to Yashasvi Pradhan Mantri of India Shri Narendra Damodar Das Modi on his 72nd birthday

When I reminisce, it makes me want to travel back in time to re-share various welfare schemes for all esteemed readers of this reputed daily. Let me share this information Shri Narendra Damodardas Modi ji was born on September 17, 1950, in Vadnagar, Mahesana district of Gujarat, and today he is unanimously recognised as the topmost leader throughout the whole world. Modi ji who became the PM for the first time in 2014, has given many schemes to the people of this great nation Bharat since then. In the tenure of 8 years now, the Modi government has taken many big decisions like demonetisation, triple talaq, Article 370, and Ram temple in the country. Apart from this, Modi Ji has given the gift of many big schemes to the country. Let us know about 12(twelve) such major schemes which are my top choices.

The BJP government recognised the suffering of the poor and marginalised farmers who owned farmland of fewer than 2 hectares. To assist them during the low yield season, Prime Minister Narendra Modi launched PM Kisan Samman Nidhi Yojana for small farmers. The benefit of this scheme has been appreciated by the beneficiaries all over India. Those families of farmers who have less than 2 hectares of land, under this scheme received 6 thousand rupees every year which are given every four months in the form of an installment of 2 thousand rupees. This money reaches directly into the accounts of the farmer courtesy of Jan Dhan Yojna.

The opposition parties and their sponsored media always talk about farmers’ suicide and farmers migrating to urban cities leaving their traditional professions and the financial insecurity faced by aged and old farm labourers. However, nothing concrete has been done by these parties during their tenure to even redress the senior and aged farmers and labourers. The Modi government launched this scheme to provide a monthly pension of Rs 3000 after the age of 60 years to the workers of the unorganised sector up to the age of 40 years. In this scheme, any small-holding and marginal farmer between the age of 18 to 40 years can join, who has only 2 hectares of agricultural land. They will have to make a monthly contribution of Rs 55 to Rs 200 under the scheme for a minimum period of 20 years and a maximum of 42 years, depending on their age. After the age of 60, they will start getting a monthly pension of Rs 3000.

Successive Congress-led Governments of India before Modi Ji’s tenure introduced Rashtriya Swasthya Bima Yojana (RSBY). However, despite a tall claim by the then congress party, it was a big failure. There was no system in place to identify, track and settle claims to benefit those deserving beneficiaries. Then came the successful universal health insurance scheme called the Ayushman Bharat Yojana. The scheme was launched in 2018. The objective of this scheme is to provide health insurance to more than 10 crore families of poor and economically backward sections of the country. Under this scheme, the Government of India gives an insurance cover of Rs 5 lakh annually to the poor people of the country. With the help of the Ayushman Bharat scheme, those people who are financially weak are unable to bear the expenses of health problems, have been redressed.

Did you know on average, women spend approximately 374 hours every year collecting firewood in India? Without cleaner cooking solutions these women also faced health challenges due to excessive smoke inhalation. Thus poor families were unable to convert time to productivity that could enhance their economic condition. PM Modi introduced a solution in the form of PMUY(Pradhan Mantri Ujjwala Yojana). Under the Ujjwala Yojana, gas connections were distributed free of cost to a large number of poor families. The houses where food was being cooked on the kerosene stove and firewoods earlier, now the LPG cylinders have reached those homes through this scheme. Many people benefited from this scheme implemented in the year 2016. The objective of this scheme is to give freedom from smoke-induced health challenges to rural women. So far over 9 crores, of connections under Pradhan Mantri Ujjwala Yojana have been released. The PMUY 2.0 was launched in the financial year 2021-22 making a provision for the release of an additional one crore connection.

All-inclusive accessibility of banking to benefit the poor scheme

The banking sector had ignored a large section of the population of India due to stringent rules and regulations. The common men could not afford to open bank accounts. Financial inclusion of a large population of poor families was absent. To enable the common men to access banking facilities Pradhan Mantri Jan-Dhan Yojana (PM Jan Dhan Yojana) was launched in 2014. Under this, work is being done to provide banking facilities to every single family in the country. In this scheme, two family members can open a zero balance account. There is no charge for depositing or withdrawing money in Jan Dhan’s account. Aadhar card, PAN card, driving license, and a passport-size photograph are required to open an account under Pradhan Mantri Jan Dhan Yojana. Recently, Pradhan Mantri Jan Dhan Yojana (PMJDY) – National Mission for Financial Inclusion, completed eight years of successful implementation. More than 46.25 crore beneficiaries banked under PMJDY since inception, amounting to Rs. 1,73,954 crores.

6. PMGKAY(Pradhan Mantri Garib Kalyan Anna Yojana): The Scheme that rescued the people of Bharat from the dreaded Covid pandemic-induced lockdown and restrictions.

To provide food to the people during the lockdown in 2020 due to the Corona epidemic, the Modi government brought the Pradhan Mantri Garib Kalyan Anna Yojana. In this scheme a 5 kg ration is given per person, free of cost per month. More than 80 crore people in the country got benefit from this scheme. This scheme was started under the Food Security Act. The Government has spent approximately Rs. 2.60 Lakh Crore so far and another Rs. 80,000 Crore was spent over till September 2022 taking the total expenditure under PM-GKAY to nearly Rs. 3.40 Lakh Crore. This is the largest food security program in the world on record.

Roof for all scheme

Pradhan Mantri Awas Yojana (PM Awas Yojana) was launched in 2015. The objective of this scheme is to construct 2 crore houses for the urban poor. Along with this, financial help is also given by the government for building a house. Under this scheme, the subsidy is given in the interest of the home loan. Under this, every family gets a benefit of Rs 2.60 lakh. The amount and subsidy received under this scheme come directly into the bank account of the candidate, which is linked with the Aadhar card.

Prime Minister Mudra Yojana (PM Mudra Loan Scheme) has completed 7 years. Under this scheme, loans up to Rs 10 lakh are given to people associated with non-corporate, non-farm, small, or micro-enterprises. This loan is given to start a personal business. Apart from this, a loan facility is also given under this scheme to increase business. There are Shishu, Kishor, and Tarun categories in which loans are given. Under the Shishu scheme up to 50 thousand rupees, under the Kishor scheme up to 5 lakh, and under the Tarun scheme, up to 5 to 10 lakh rupees are given. Mudra loans help new enterprises by providing collateral-free loans. It has been widely accepted that medium and small businesses in India contribute to economic growth. Thus the Modi government encouraged and promoted this scheme which led to a 28 percent rise in self-employed jobs a few years back.

To enhance the Beti Bachao Beti Padhao(Save the girl child, educate the girl child) scheme which aims to educate citizens against gender bias and improve the efficacy of welfare services for girls, this scheme was launched to make the daughters of the country self-reliant and for their further progress, under the Beti Bachao-Beti Padhao campaign. Prime Minister Narendra Modi started the Sukanya Samriddhi Yojana in January 2015. The government came up with the Sukanya Samriddhi Yojana to address the concerns of families who could not educate their children due to money, especially girls. By investing in it, you can add money for the expenses from the daughter’s education to marriage. Under Sukanya Samriddhi Yojana, the account of daughters below the age of 10 years is opened in the name of their parents only. Under this scheme, the account can be opened by visiting the post office or bank. Sukanya Samriddhi Yojana matures in 21 years. However, the amount can be withdrawn from this account for studies after the girl’s age is 18 years, but the full amount is available only after 21 years.

Skill India Mission was launched by the government in 2015 under which the flagship scheme Pradhan Mantri Kaushal Vikas Yojana (PMKVY) is run. It aims to train over 40 crore people in India in different skills by 2022. It aims at vocational training and certification of Indian youth for a better livelihood and respect in society. India has a demographic advantage like our arch-rival China. However, sans a skilled workforce, India cannot match China or replace China as the manufacturing hub of the world. The scheme will empower youth with employable skills by making over 300 skill courses available to them. It is one of the main pillars of Aatmanirbhar Bharat.

On June 15, the Government of India announced the Agnipath Scheme for the recruitment of youth in the Indian Armed Forces. I wouldn’t go into details as information is available in the public domain. A highly disciplined and skilled soldier with 4 years of dedicated military service with Rs 11.5 lakhs in hand as a Seva Nidhi package which will be tax-free for these youths(age 17.5 to 21) when 75% of Agniveers will go back to society. India incorporated big guns have all welcomed these youths and have promised they will be given preference when selecting employees. Some of the Agniveers who are innovative could start their businesses or could pursue advanced studies to fulfill their dreams. Such a huge workforce of skilled and disciplined youths could act as a force multiplier for the Aatmanirbhar Bharat Abhiyan to achieve self-reliance.