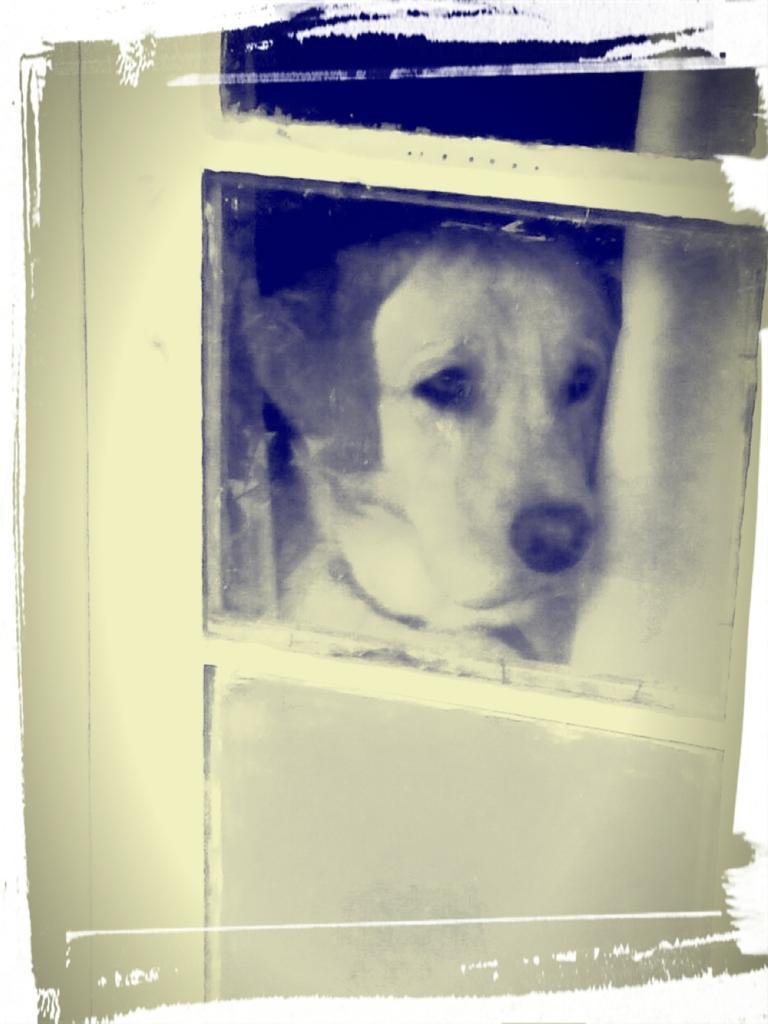 ‘You continue in Sanawar and we get a puppy home’; it was a fair deal with my daughter who wanted to leave her boarding school midway. For the next nine years Simba would become an inseparable part of our family. Labradors are very intelligent; he was complimented by his trainer for the alacrity with which he picked up commands. He soon became my closest buddy making my wife insecure at times.

A lion in gait and manner, he disliked anyone intruding into his territory. Just like a single child, his jealousy was perceptible whenever anyone got more attention. Perpetually greedy, he would look appealingly in my son’s eyes waiting to hear “Eat” when his food was laid. He would whine with excitement before an outing in the car. He possessed that sixth sense of judging moods. He would join us wagging his tail jubilantly in all celebrations; when I felt low, he comforted me by placing his head on my lap; He was as human a dog I have ever known; a true ‘Canine Sapien’.

He had his share of naughtiness too. Barred from sitting on sofa, he often broke rules while others were asleep. He expressed his annoyance by chewing away anything that came his way on being left alone at home. I have a cute video of his head being caressed by a monkey he befriended when I was posted at Kupwara. While children grow up, dogs never do; with age his energy levels reduced but not his mischief.

The family sat around his mortal remains as my wife read out sacred hymns comforting the departed soul. There was a sinking feeling in our hearts when he was lowered in the grave. We planted roses on his resting place and visited it daily till we were posted out. Mofussil town of Jhansi was a mere name on the map till it got associated with Simba.

It has been over a year since his soul returned to its maker, but his paw prints remain etched on my heart. ‘Why don’t you get another one?’ I am often advised. ‘Do you ever get your first love again in life?’ I counter question. My heart aches with emptiness when I remember his running away with my shoe or getting his leash himself before our walks. I miss our joint venture of hunting down the rats in the bungalow and his racing around the lawns after bath. At times I still feel he is around.

‘What is the hardest thing about a dog?’ asked a prospective dog owner. ‘The goodbye;’ I muttered in a choked voice.

Col HP Singh, VSM is
an alumnus of the Lawrence School Sanawar and NDA Khadakwasla. He is a prolific writer and based at Mohali, Punjab.

SANAWAR – NOT JUST A SCHOOL

SANAWAR – NOT JUST A SCHOOL