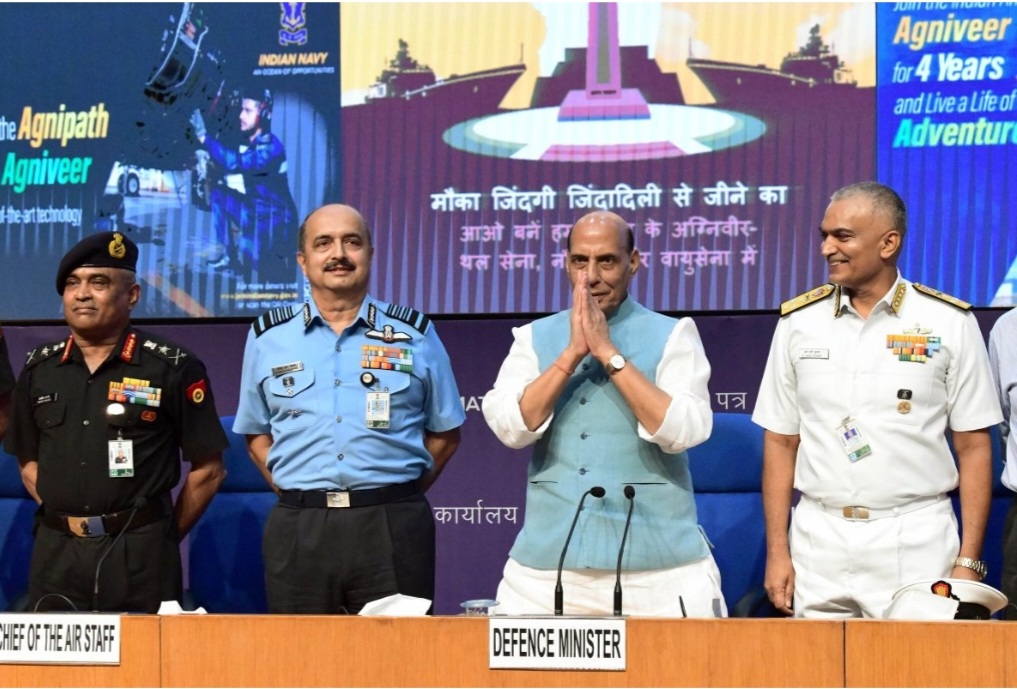 Nothing fits better than Abraham Maslow’s quip “You will either step forward into growth or you will step back into safety” for the recently announced “Agnipath” scheme for recruitment of soldiers in the three Services of the Indian Armed Forces – Army, Navy and the Air Force.

Agnipath scheme which entails the recruitment of 46,000 soldiers every year for a contractual period of 4 years and subsequent retention of 25% of them for a full service in the Indian Armed Forces, is by far the biggest defence reform undertaken by the Prime Minister Narendra Modi led Union Government since Independence, as it has ramifications right up to the last soldier/sailor/airman of the Armed Forces which in turn will have implications on the security of the nation, apart from the advantages accrued on a lower age profile as well as on the budget of the defence forces.

The Agnipath scheme will entail the Indian Armed Forces in having a younger, fitter and diverse profile for facing future challenges apart from the enormous saving to state exchequer in terms of the pensionary bill, which tantamounts to Rs 1.2 lakh crores out of the defence budget of Rs 5.25 lakh crores for the financial year 2022-2023. The money thus saved will be utilised for equipping the Indian Armed Forces with the latest and advanced military weapons and technologies.

A similar scheme for a shortened period of service for soldiers is already in place in several other countries like Singapore, Sweden, Israel and Norway. So, the Agnipath scheme too must be viewed through a positive lens as it was always felt that more and more youth of the country should be given an opportunity to don the haloed uniform of the defence forces so as to ingrain in them discipline, patriotism and secularism– the foundation on which the Indian Armed Forces strongly rests, making it the finest organisation in the world.

What also needs to be equally understood is that India is located in a precarious geopolitical location which has two hostile neighbours on its eastern and the western borders. The success of this scheme now fully depends on all the stakeholders of the Government of India and the Indian Armed Forces as any laxity or complacency in implementing this scheme will have disastrous implications for the security of the nation.

For the armed forces, Agnipath is a radical change in the way soldiers are going to be recruited and trained. Commanders at all levels will have to work out the modalities including creation of infrastructure both at the level of training centres and the units.

The first important part for successful implementation of this scheme is that no non-essential tasks should be given to the Indian Armed Forces and the total focus should be training in peace stations and operations in field areas.

Secondly, Agniveers (soldiers recruited under the Agnipath scheme) would need greater interaction with their seniors as they would be inducted in regiments and battalions after a lesser training duration than the existing training timelines.

Thirdly, it is but natural that after three years of service, each Agniveer would know where he stands in terms of getting permanent enrolment and hence would start planning his life post the four-year period enlistment period. It thus becomes imperative that organisations like the Director General Resettlement (DGR) are staffed with more officers so that the resettlement of these released Agniveers is seamless.

The Union Government should actively consider making it mandatory that 50% of the vacancies in the Para Military Forces (PMFs) like CISF, BSF and the State Police Forces (SPFs) should be from the pool of the released Agniveers.

The PMFs and the SPFs should not look at the released Agniveers as left overs of the Indian Armed Forces but should look from the point of view that the well thought of scheme of Agnipath does not entail retention of 100% recruited Agniveers. Also, the PMFs and SPFs would get a pool of well-trained and well-disciplined Agniveers in their folds. This would result in huge cost savings in training for the paramilitary forces vis-à-vis recruiting directly from the civil population.

The corporate firms employing Agniveers after their release should be given some tax concessions so as to incentivise the employment of Agniveers.

Last few years saw many Public Sector Undertakings (PSUs) withdrawing their requirement of security guards from DGR, thus adversely affecting the resettlement of Veterans (personnel of the Indian Armed Forces who are released/retired from service), resulting in many Veterans facing difficult times. DGR should now proactively get more allocation of security guards from PSUs as it will facilitate easy placement of Agniveers after the four-year service.

DGR should also have regular seminars in each military station regarding the resettlement schemes for the Agniveers as 75% of them would be released after 4 years of service, which when translated in numbers would be phenomenal.

The measures enumerated above would vastly take away the anxiety which an Agniveer would have in his last year of the four-year service that he has been recruited for, thus making him more focussed on his primary task apart from attracting the crème-de-la-crème of the youth.

The Agnipath scheme has to succeed at all costs as the nation’s security depends on it, for there is no runner up in a war or in counter-insurgency operations.

EL James rightly quoted “My belief is to achieve success in any scheme one has to make oneself master of that scheme, know it inside and out, know every detail”. 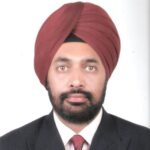 MHA to give priority to to 'Agniveers' who complete 4 yrs under 'Agnipath' scheme in recruitment of CAPFs, Assam Rifles

MHA to give priority to to 'Agniveers' who complete 4 yrs under 'Agnipath' scheme in recruitment of CAPFs, Assam Rifles