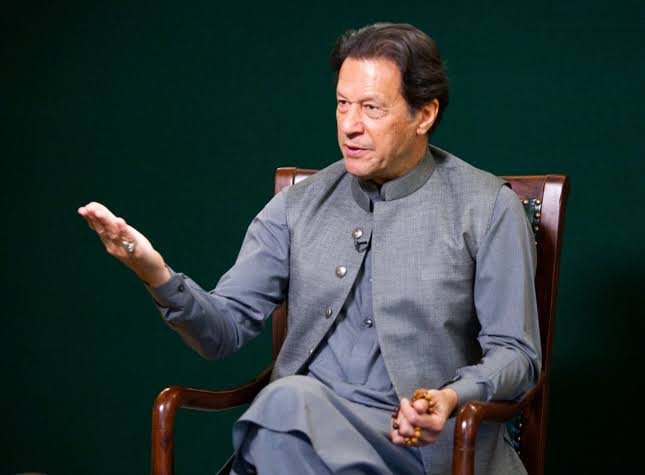 10 Apr 2022, the PTI government headed by Imran Khan fell after a ‘No Confidence Motion moved by the opposition. Many commentators in Pakistan projected this event as a victory for democracy in which an unpopular Prime Minister was removed via a parliamentary process and democratic vote. This of course was in stark contrast with past precedence where in the Army had simply moved in and taken over the reins of power through coups. However, as many close watchers of Pakistan point out, the fall of the government was as genuine as Imran Khan’s coming to power in the first place, through a widely rigged election and the machinations of the Pakistan Army.

As many within and outside have brought out, the Imran Khan government was part of a Pakistan Army experiment which, fed up of the traditional mainstream parties consisting of the PML-N, PPP and JUI-F, tried to foist a new face and team into the calculations. However, the underlying assumption had always been that the ‘selected’ candidate or party would do its bidding or in the words of many Pakistani political commentators themselves, polish its boots (a euphemism for the Army).

Of course, this remained true for much of Imran Khan’s tenure. From the traditional national security, nuclear and foreign policies, to handing over the reins of CPEC to a retired General, managing COVID responses and Locust outbreaks, deciding the economic team, etc; the PTI government had literally acceded to every whim and fancy of the Army in return for pursuing its own political vendetta against its opponents. However a severe governance deficit as well as economic mismanagement soon led the Army to rue its decision. Despite a powerful community of retired Army officers supporting Imran Khan, General Bajwa had to pull the plug as it found the criticism falling at its own doorstep. Having failed to improve the overall economic situation or stabilise governance in Punjab, the most important state, the final straw was Imran Khan’s decision not to endorse the ISI Chief’s transfer done as per Army policies. Having endured all his other tantrums and idiosyncrasies, this finally crossed Gen Bajwa’s red-line.

Gen Faiz Hameed’s larger than life image had also been troubling many Corps Commanders vying for the post of the next Army Chief. Within weeks, signals were sent out that the Army had turned ‘neutral’ and that the house was now open for political machinations. Of course, the initial reaction from Imran Khan was denial. This soon turned into defiance and later into desperation as one parliamentarian after the other started leaving the party and grumblings heard from other ‘King’s parties’ supporting his government. Eventually, the Army decided that enough was enough and stood resolute in its decision to stay ‘neutral’. The opposition parties soon moved in for the kill and before one could say Jack Robinson, a new set up headed by Shehbaz Sharif from the PML-N was in place.

For the uninitiated, the return of a leader from the PML-N, a popular mainstream Punjab party removed from power by the Army, may appear to be a victory for Pakistani democracy; more hardened watchers would testify that the only thing that’s changed in Pakistan is the wielder of the brush that polishes the very boot used to crush democracy. More interestingly, unlike the era after Musharraf when political parties appeared to have carved out some space for itself, this time, a gory fight is on to decide on who will polish the Army’s shoes better. Every one in the political firmament of Pakistan knows that no government survives without the support of the Army. Even though Shehbaz Sharif may currently enjoy its support, elections are due within a year at the most and equations could easily change.

Shehbaz Sharif long known to be soft on the Army is currently the front runner. Imran Khan’s incompetence ensured that while his elder brother continues to be ‘haraam’, the younger one remains kosher. This of course would remain so only as long as the senior Sharif holds his counsel including assurances that his fiery daughter would stick to the script. From multiple wives, amorous liaisons to corruption deals, Army has enough on Shehbaz for him not to stray too far from the line. Not to be outdone, Asif Ali Zaradari, Benazir’s 10 percent man and current PPP Chairman, despite having come together to oust the bigger evil viz., Imran Khan has been involved in political calisthenics to prove his loyalty and retain space for his beleaguered party in Sindh facing growing challenges from PTI and TLP in urban areas. The future of his pretentious son, Bilawal Bhutto, is also a factor in ensuring he remains under the Army’s boot. Finally, the wily Maulana, Fazlur Rahman, from the JUI-F, has been quietly waiting in the wings and biding his time. Although his dreams of overturning the merger of the erstwhile FATA regions into Khyber Pakhtunkhwa are unlikely to be fulfilled, he remains ever faithful in expectation of crumbs that the Army might throw at him. These include lucrative political or administrative posts for his brood, apart from turning a blind eye to his extensive smuggling operations (gaining him the epithet of Maulana ‘Diesel’). At this stage, it is pointless to speak of the multiple King’s parties propped up by the Army in every province to do its biddings and who shift allegiance based on the ‘umpire’s ungli’ (umpire’s finger).

Another interesting phenomenon that is being witnessed is the almost open revolt against Bajwa’s decision among many of Army’s retired community. This community, fed up of the corruption and lack of progress under the PML-N and PPP, has a strong belief that the erstwhile political landscape needed a drastic change. Starting many years back, many among them, including ISI Chiefs (Hamid Gul, Zaheer ul Islam), invested enormous sums of money and energy in slowly propping up Imran Khan. Not convinced by Imran Khan’s mismanagement or its open challenge to Army’s internal processes, this community continues to stand by Imran Khan and nurture visions of his return. However, Army’s staying power, demonstrated multiple times in the past through debacles like the 1965 and 1971 wars, Kargil conflict, capture of Osama Bin Laden in its own territory, etc suggests that this a fading chimera. The kick in the Army’s boot, delivered through withdrawal of benefits, ex-communication from its vast business empire and social circles, to blockage of pensions, court-martials, and in the extreme, prison terms and disappearances, would ensure that the retired community would soon fall in line and Imran Khan, at least for now, remains a side show. However, given Army’s penchant for a good bargain, it is unlikely that Imran Khan would retire into political wilderness and like Benazir and Nawaz in the past may find himself back in business after a few years. However, as of now, his dreams of a return by way of his favourite General (Faiz Hameed) being elevated as Chief or an early election appear remote.

In the interim, the sad fight over the selection of the most ‘suitable boot polish wallah’ and Pakistan Army’s gruesome dance over Pakistan’s dying democracy is a sight that would make even the most earnest optimist squirm.