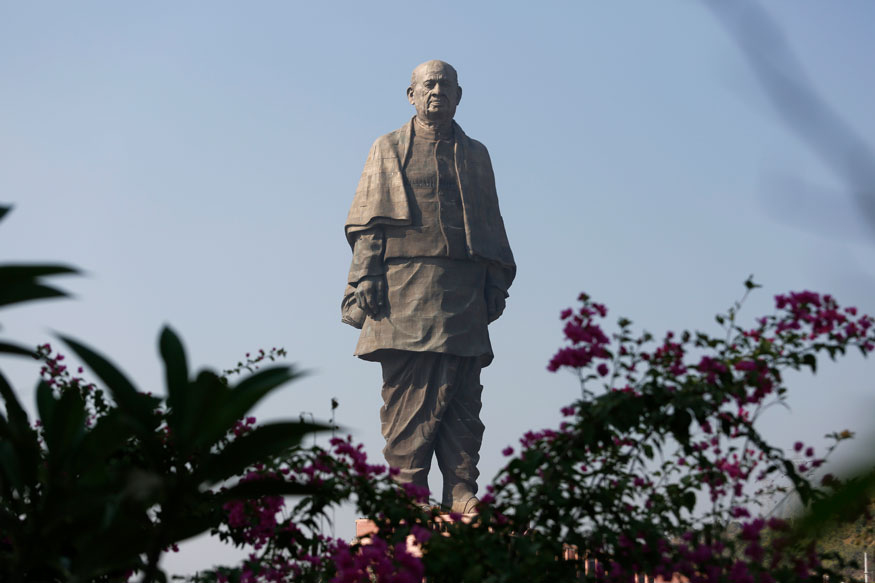 He would have turned 146 today. It wouldn’t be a surprise if he lived that long. He was after-all, a fearless consolidator, an unflinching negotiator and a tower of strength that was “harder than steel”. The ultimate master forger, who carved, cast and constructed the India of today. Sardar Vallabhbhai Zaverbhai Patel stands tall in the atrium of India’s mightiest leaders alongside Ashoka, Krishnadevaraya, Shivaji and Akbar.

Bharat of 2021 would’ve surely amused him. While the pretence of social media and the inequality of economic wealth may have irked him, the resilience of our republic and the great strides we’ve made in physical and social infrastructure would have made him proud.

The inauguration of the Statue of Unity on his 143rd birth anniversary thankfully sparked a resurgence in studying and appreciating the life of Sardar Patel. And for good reason. As India’s first Home Minister, his role in integrating India’s Princely States is widely known. However, the adversities of his life, the moral underpinnings that drove his decisions and his intense patriotic zeal are of significant importance to the Bharat of 2021.

Bharat faces several challenges today. Climate Change, Skill Development, Pilferage and Economic Inclusion from a national standpoint and Hostile borders, Transnational Economic Crime and Natural Resources from an international perspective are the seven questions that we are desperately finding answers for. Compare these to the Sardar’s concerns, a century back. 34 Crore impoverished individuals who were physically and psychologically enslaved to two centuries of immoral and iniquitous decrees. Added to this were malnutrition, famine, floods, two World Wars and an imperial world power bent on pauperizing and rupturing our civilization.

Each decision that the Sardar took in unravelling a newly born country’s million mysteries has a lesson for the Bharat of today. To our youth, teachers, scientists, farmers, bureaucrats, corporates and leaders today who face problems of much lesser magnitude, Sardar Patel’s life is like a casket of charms, dishing out cures for all their concerns.

Sardar Patel’s skills of organisation were unusual for a boy of his age. Barely 18, he successfully persuaded his entire school to sit in a 3-day long dharna against a teacher who unjustly and unreasonably penalized a friend. When the teacher was compelled to call a truce with the agitating students, the era of the master organizer began. As a pleader who represented common men and women fighting persecution by the police, he worked with the meticulousness of a surgeon. His incredible win-loss ratio as a criminal lawyer forced authorities to shift the criminal court from Borsad to Anand hoping that the distance would dissuade the Sardar from representing cases. The experiment failed and within a decade, the most successful criminal lawyer of region had emerged.

It is an intriguing case of irony that the first success of Sardar Patel’s political career was the dismissal of an officer of the Imperial Civil Service. Arrogant and incompetent, the Commissioner of Ahmedabad Municipality had invited the wrath of the councillors. The Sardar’s sole objective, on election to the Council, was to establish self-governance, the founding principle of municipalities. Three calculated moves were all it took for the Commissioner to suffer the ignominy of being the first ICS officer to be removed for “insubordination”. India’s finest political strategist was gently warming up to the call of the nation.

The bridge-playing and club-trotting barrister transformed into the Mahatma’s able deputy at the Kheda Satyagraha. Sardar Patel’s unhesitating enthusiasm to surrender the comfort of affluence and plunge into the uncharted realms of non-violent resistance was remarkable. The idea of Satyagraha was still a start-up enterprise in those times which saw only one success, thousands of kilometers away, across the Atlantic in South Africa. Indian masses still didn’t get the philosophy. It could have been an abject failure. However, for the Sardar, the fight was for a just cause. Traveling 100s of villages, often over hot sands, peddling dreams of justice to starving peasants whose fields had just been ravaged by excessive rats and rains. The just cause kept him going. The Sardar travelled incessantly for 3 months in the blazing summer of 1918, inspiring men and women of 600 villages to wilfully accept punishment inflicted upon them. Teaching an esoteric ideology like Satyagraha to empty stomachs is hard. However his relentless belief in the just cause brought the government to its knees which suspended the collection of taxes.

Kheda was followed by Bardoli, Nagpur and Dandi, all establishing and reiterating the Sardar’s control over the cogs and wheels of the Indian political establishment. It was however, during the transfer of power in 1947 that his true allegiance to Bharat truly emerged. As leaders in Bengal let the region slowly descend into the mire of Azad Pakistan, Sardar Patel cracked the whip to bring the local cadre in line with the plan of partition. When communal tensions were flaring in Punjab and Sind, this true allegiance to the land allowed him to talk truth to power when he retorted, “You won’t govern and you won’t let us govern!” to Louis Mountbatten, the supreme British authority in the country. His resolve of true allegiance was the pivotal blow to Jinnah’s “bombshell” 800-mile corridor between East and West Pakistan.

Unification of India was an outcome of the Sardar’s toil. The sheer pace and bloodlessness of merging 562 kingdoms into Bharat has no precedent in the history of human existence. Every drop of political astuteness that the Sardar had assimilated during his life was utilized in approaching, reprimanding, persuading, enticing and sometimes threatening the princes. His toil knew no bounds. While Jodhpur was chided for secretly meeting Jinnah, Mountbatten was conned by secretly sending the Army to Junagadh. The 222 princes of Kathiawar were coaxed and in the case of Hyderabad, the Sardar went as far as snubbing not just the Commander-in-Chief of the Indian Army but also Pandit Nehru and Mountbatten. The story of toil culminated in his hazardous yet successful trip to Srinagar at 72 years of age in the coldest winter months of 1947 when the news of Pakistani terrorists entering India came in. The visit proved to be momentous and fateful in securing Kashmir.

True allegiance to the nation, a just cause to fight for and tireless toil. Sardar’s life is a compass to the Bharat of 2021. Our seemingly insurmountable difficulties shall succumb when each one of us emulates the Sardar in the daily rigour of our life’s decisions.

Criminal Identification Act – a Precursor to the DNA Bill

Criminal Identification Act – a Precursor to the DNA Bill