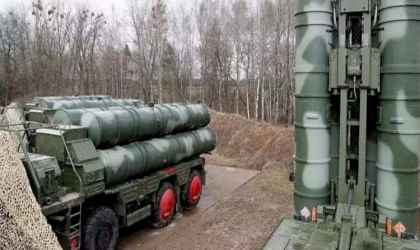 Russia has started delivering the S-400 Missile Defense System to India. Due to which India is under threat of US sanctions. Many lawmakers in America are opposing this. The US can impose sanctions against India under the Countering America’s Adversaries Through Sanctions Act ( CAATSA ). However, only allies of President Joe Biden have spoken in defense of India. James O’Brien, who has been named as the coordinator of this sanctions policy, has insisted on striking a balance.

James O’Brien has been confirmed as the coordinator of the State Department. He was asked the question whether what America did to Turkey gives any warning or lesson regarding India (US Curbs on India). The US imposed sanctions on Turkey for its purchase of the S-400 missile system. To this O’Brien said, it is difficult to compare the two situations. Turkey has done this despite being an ally of NATO. Whereas India is a more important partner. But it also has old ties with Russia.

Referred to relations with China

James O’Brien said, ‘The administration is preventing India from taking Russia’s equipment, but there are geo-strategic reasons behind it, especially relations with China. So we have to see how the balance will be achieved. It is too early to say anything more in this matter. A top Republican Party MP also spoke in the matter. He also said that India should be given exemption in Katsa. MP Todd Young said that the administration of President Joe Biden should oppose any action that could take India away from the Quad. During the hearing on the confirmation of James O’Brien’s name, Yang said that this is an important defense system for Indians.

Young said, ‘India is an important ally in our competition against China and therefore I believe that we should oppose any action that may take them away from us and the Quad. Is. Therefore, given our shared foreign policy interest, I strongly support the relaxation of the QATSA sanctions against India. As most of the people here know, Indians have a lot of heritage systems from past decades and for this they have to depend on the system of Russia. India wants to protect its land from Chinese incursions and prevent illegal interference by the Chinese Navy in the Indian Ocean.