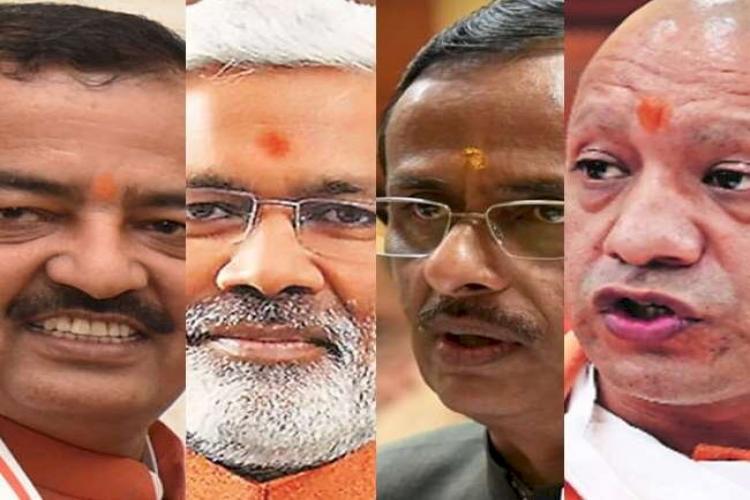 In Uttar Pradesh, not only Chief Minister Yogi Adityanath, both his deputy chief ministers Keshav Prasad Maurya and Dinesh Sharma will also contest the assembly elections. State President Swatantra Dev can also enter the fray. While Yogi will try to influence around three to four dozen seats from Ayodhya, while Keshav will probably contest from Lucknow, Phaphamau and Dinesh Sharma. It is believed that some MPs can also be fielded.

The BJP, which is trying to come to power for the second time in a row, breaking the tradition of almost three-and-a-half decades of Uttar Pradesh, wants to create such a mix of issues and faces, which can reliably influence a large area. By the way, the other aspect of this whole strategy is that it will also put pressure on SP chief Akhilesh Yadav to contest elections. Which seat he chooses will also be interesting. Keep in mind that at present he is the MP from Azamgarh.All these were discussed with the central leadership in Delhi for the last three days and it is believed that in a day or two, the list of about 94 candidates for the first two phases may be declared. Some names have been withheld and the right to decide on them has been given to National President JP Nadda.Keshav Prasad Maurya said that 172 names have been discussed in the BJP headquarters, but sources say that all the names will not be announced yet. In fact, such names can be withheld till the discussion with the allies is also completed in the areas in which the allies are also interested.The Central Election Committee meeting was held on Thursday in the presence of Prime Minister Narendra Modi. In this, Home Minister Amit Shah, Chief Minister Yogi Adityanath, Keshav Prasad, Dinesh Sharma, state in-charge Radha Mohan Singh, election in-charge Dharmendra Pradhan, Anurag Thakur, state president Swatantra Dev and some other leaders were present. Prime Minister Modi, Defense Minister Rajnath Singh and National President JP Nadda participated in the online meeting.According to sources, it has been decided that all the big faces will enter the fray. In fact, it creates confidence in both the public and the workers. In the last three days, a long meeting of the BJP Core Group has been held under the chairmanship of Amit Shah. It is said that Sanjay Nishad has also had a meeting with Amit Shah on Wednesday. Apna Dal’s Anupriya Patel has also been discussed with BJP.It is said that the number of seats to be given to allies is largely fixed but it is yet to be finalized. The truth is that in the last few days, after the departure of leaders from the BJP, the strength of the allies has increased slightly and they are demanding more seats. For example, last time the Apna Dal got 11 seats under the alliance, out of which its candidates won 9 seats, but this time there is a demand for more than 20 seats. It is being told that along with Makar Sankranti, the announcement of the names of the candidates will start.