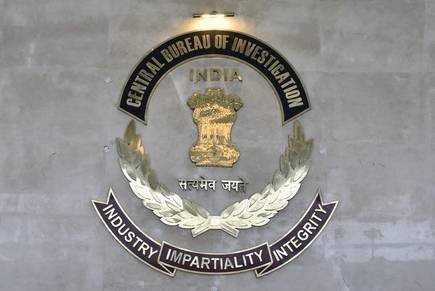 A behemoth fraud, to the tune of ₹22,842 crore against a consortium of 28 banks and financial institutions, has been unearthed by the Central Bureau of Investigation, which involves the ABG Shipyard Ltd., a flagship company of the ABG Group, a major player in the Indian shipping industry. The cheating case could well overshadow similar cases filed against Nirav Modi and Vijay Mallya, both absconding after duping banks of crores of rupees.

What could easily be called the largest single bank fraud case ever in the history of financial crimes in India, the CBI has named ABG Shipyard’s Chairman-cum-Managing Director – Rishi Kamlesh Agarwal, Executive Director – Santhanam Muthaswamy, and 3 other directors – Ashwini Kumar, Sushil Kumar Agarwal and Ravi Vimal Nevetia, in an FIR filed on February 7. The FIR has been filed under Criminal Conspiracy, Cheating and Prevention of Corruption Act.

Engaged in the business of shipbuilding as well as repair, ABG Shipyard Ltd. has yards in Gujarat’s Dahej and Surat. In the past 16 years, the company has built 165 vessels, including 46 for foreign companies. The matter came to light after a complaint was filed by the State Bank of India in the matter. It detailed a fraud worth ₹22,842 crore, in which 28 banks and financial institutions are involved. Out of this amount, ABG owes the highest amount to the banks, some of the details of which are – ₹7,089 crore to the ICICI Bank, ₹3,639 crore to IDBI Bank, ₹2,925 crore to SBI, ₹1,614 crore to Bank of Baroda, ₹1,244 crore to Punjab National Bank, etc.

As per a forensic audit by Ernst & Young, between April 2012 and July 2017, the accused worked together to commit illegal activities including diversion of funds, criminal breach of trust and misappropriation of money. In July 2016, the loan account was declared as a Non-Performing Asset (NPA).

The CBI FIR also states that the role of public servants needs to be investigated in this regard.

Meanwhile, the company representatives remained unavailable for comments and the company website had also become non-functional. The company has been referred to the National Company Law Tribunal and a Resolution Professional had been appointed to look into the case.