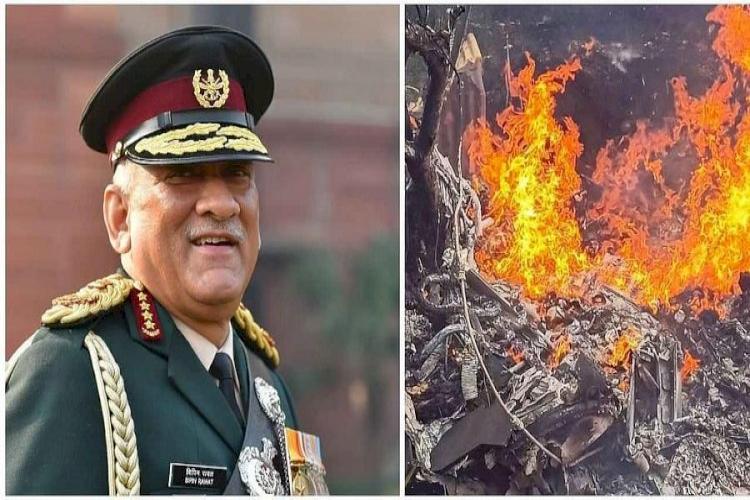 Tri-Services Inquiry Report of CDS Choppter Crash: The investigation team can submit its Tri-Services investigation report to the Central Government today in the helicopter crash case that took place in Tamil Nadu on December 8. In this accident, India’s first Chief of Defense Staff CDS General Bipin Rawat, his wife and 12 other soldiers died. After which the Air Force ordered an inquiry into the incident. The investigation team is headed by Air Marshal Manvendra Singh and includes two Brigadier rank officers from the Army and Navy.

Sources related to the government have told news agency ANI, ‘The investigation report is expected to be submitted to the government by December 31. The officials have prepared a detailed report after conducting an investigation at the ground level and a thorough analysis of the data received from the black box has been done. Sources said that preliminary investigation into the matter suggests that the accident happened suddenly. The help of original equipment manufacturers was also taken for the investigation. The Indian Air Force also said that the report is yet to be submitted.

General Bipin Rawat, his wife Madhulika Rawat and 12 other army officers were on board the Mi-17V5 helicopter, which fell victim to the accident. All these people were going to the Defense Services Staff College in Wellington, minutes before reaching here, the helicopter crashed. This incident took the whole country by surprise. Questions arose about the quality of the army’s helicopter. Along with this, different things were said about the accident.

The black box was recovered after an inquiry was ordered into the incident. Black box is also called flight data recorder. From which many types of important information can be obtained. The Chief of the Air Staff, Air Chief Marshal VR Chaudhary is currently on a four-day visit (26-30 December) to South Korea. According to sources, in such a situation, after his return, the report will be submitted to the government. That is why it is being said that the report can come today.