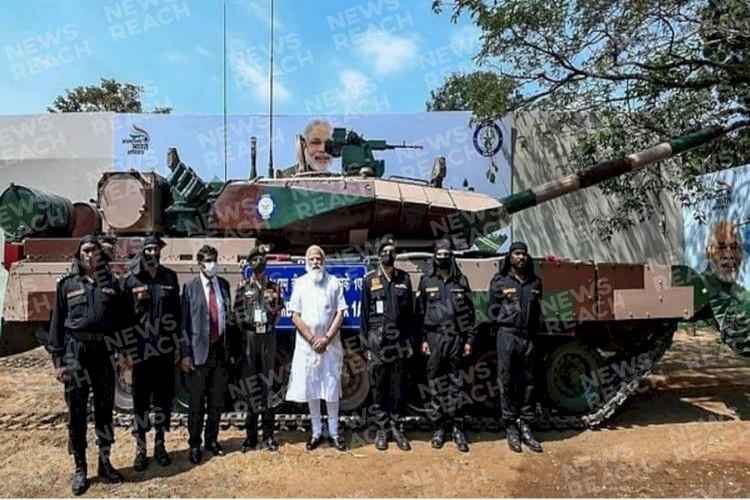 The central government led by Prime Minister Narendra Modi has taken steps to become self-reliant in the military and security field. In which now she is going to postpone importing weapons from abroad and many defense import projects. This initiative of the government has come at a time when the Center is coming up with a new Defense Production and Export Promotion Policy. This will set the way forward to strengthen defense production within the country and help in their exports to friendly countries.

In view of this, a high level meeting of the Ministry of Defense is going to be held on Wednesday, which will be held virtually. In this meeting, all import projects under the global procurement category will be reviewed. News agency ANI has reported that there is a possibility that in the meeting these projects can be canceled or some big and important decision related to postponement can be taken.

Inspired by the instructions of the Prime Minister himself, it has been said in the initiative of the Ministry of Defense that many import projects worth thousands of crores will be scrapped and given to Indian companies. Government sources said that the projects will be reviewed by the Defense Acquisition Council in the meeting to be held on January 12. To promote Make in India, it is being ensured that projects worth several thousand crores will be given to Indian defense companies. This decision will mean that a large number of projects of the Indian Navy, Air Force and Army will be affected, including projects like the Kamov helicopter acquisition of the Indian Navy.

PM Modi said that such reforms will continue to make India self-reliant in the oil and gas sector. Referring to exploration and production, PM Modi said that now the focus is on maximizing production rather than revenue. The Prime Minister talked about the need for storage facilities for crude oil. Talking about the growing demand for natural gas in the country, he mentioned the existing and potential gas infrastructure development including pipelines, city gas distribution and LNG regasification terminals.

India's crude oil production rises 4.6 per cent in May

India's crude oil production rises 4.6 per cent in May