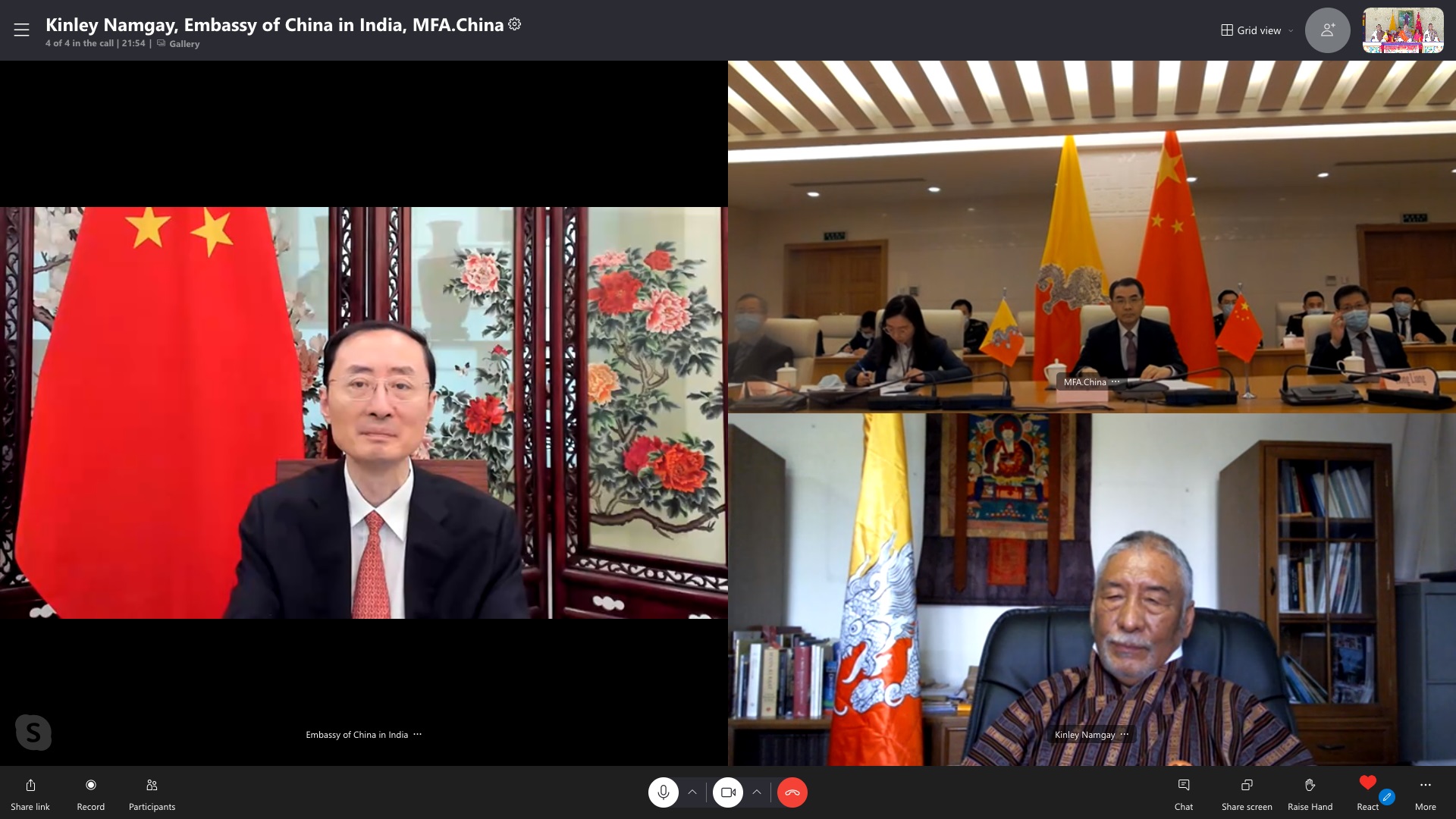 China has signed a three step road map on Thursday with Bhutan for expediting the boundary negotiations even as it is engaged in a border dispute with India.

The development between China and Bhutan has made India to keep a close watch on the said negotiations as in past Chinese People’s Liberation Army has made attempts to encroach strategic land mass from Bhutan and India simultaneously in Dhoklam area, near a tri-junction border area, known as Donglang.

In a statement, Bhutan’s Ministry of Foreign Affairs said the Foreign Minister of Bhutan Lyonpo Tandi Dorji and the Assistant Minister of Foreign Affairs of China Wu Jianghao signed the memorandum of understanding between the Royal Government of Bhutan and the Government of the People’s Republic of China on the three-step road map for expediting the Bhutan-China Boundary negotiations.

“The Memorandum of Understanding was signed in a virtual signing ceremony on 14th October 2021,” said Bhutan’s Ministry of Foreign Affairs.

Boundary negotiations between Bhutan and China began in 1984 and the two sides have held twenty four rounds of boundary talks and ten rounds of meeting at the expert group level.

The negotiations which have been conducted in a spirit of understanding and accommodation have been guided by the 1988 Joint Communique on the Guiding Principles for the Settlement of the Boundary and the 1998 Agreement on the maintenance of peace, tranquility and status quo in the Bhutan-China Border Areas.

“During the 10th Expert Group Meeting in Kunming in April this year, the two sides agreed on a Three-Step Roadmap that will build on the 1988 Guiding Principles and help to expedite the ongoing boundary negotiations,” the ministry stated.

The memorandum of understanding on the Three-Step road map will provide a fresh impetus to the boundary talks. It is expected that the implementation of this road map in a spirit of goodwill, understanding and accommodation will bring the boundary negotiations to a successful conclusion that is acceptable to both sides.

“The memorandum of understanding will be exchanged between the two sides through diplomatic channel,” the ministry said.

Earlier, Bhutan has objected several times of Chinese making intrusion into their land.

In 2017, China was making infrastructural development work at Doklam, the tri junction of three countries – India, China and Bhutan, to which India objected. China then claimed that there was boundary dispute between Bhutan and China and to which India had no claims.

However, India refuted and stood there matching the deployment of the Chinese troops for 73 days.

The standoff was triggered by China saying it was constructing a road within its territory. This was disputed by India, which said that the site of the Chinese road construction was Bhutanese territory.

In Doklam, India feared that the Chinese road would give its military access to heights from where it could threaten the Siliguri Corridor, India’s tenuous link with its north-eastern regions.

The crisis was resolved with diplomatic maturity without losing any ground. There was no change in the status quo on the ground and the face-off ended on 28 August 2017.