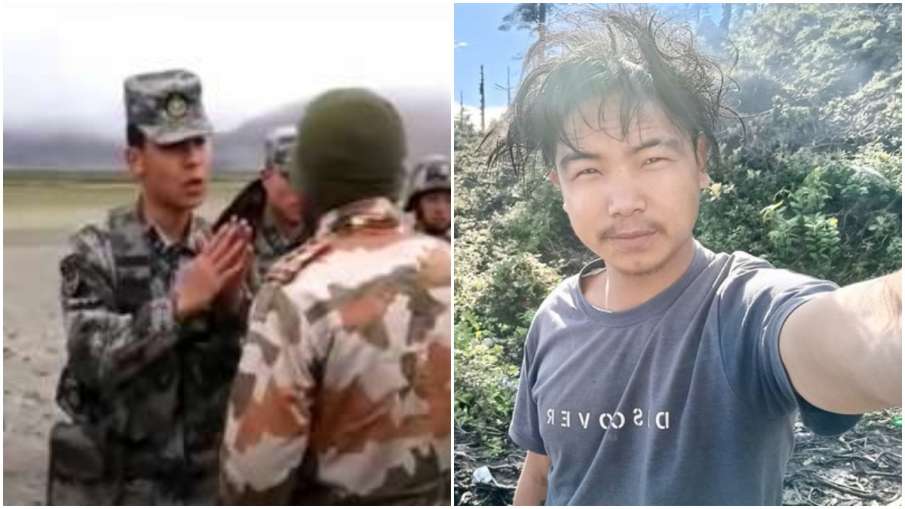 New Delhi – BJP MP from Arunachal Pradesh Tapir Gao has revealed that the People’s Liberation Army (PLA) of China has kidnapped a 17-year-old teenager, Miram Taron belonging to the Upper Siang district of the Indian Territory. He claimed that the Chinese army kidnapped the teenager from Lungta Jor area of ​​Seungla. Gao has requested the central government to talk to China and ensure the release of the teenager at an earliest.

According to local media reports, Gao is also said to have informed the Union Minister of State for Home Affairs, Nisith Pramanik, about the incident and requested him to take necessary action in this regard. In a tweet in this regard, Gao has also tagged Prime Minister Narendra Modi, Union Home Minister Amit Shah, Defence Minister Rajnath Singh and the Indian Army.

The MP was talking to the news agency PTI from Ziro, the district headquarters of Lower Subansiri district, while saying that Taron’s friend, Johnny Yiying, who had managed to escape from the PLA, informed the local authorities about the abduction. Both the teenagers are residents of Jido village. The MP said that the incident took place near the place where the Tsangpo river enters India (Arunachal Pradesh). Tsangpo is called Siang in Arunachal Pradesh and Brahmaputra in Assam. BJP MP Gao had earlier shared information about the kidnapping of the teenager through a tweet on January 18th. He shared the picture of the kidnapped juvenile along with the tweet and said that all the agencies of the Government of India are requested to ensure the early release of the boy.

In his tweet, the BJP MP has also given specific information about the area where this incident took place. According to him, the incident took place in Lungta Jor area under Siungla area (Bishing village) in Upper Siang district of Arunachal Pradesh. In this area, China has built 3 to 4 km of road into the Indian territory in 2018. India shares a 3400 km long Line of Actual Control (LAC) with China and it runs from Ladakh to Arunachal Pradesh.

In September last year, the PLA had kidnapped five youths from Arunachal Pradesh’s Upper Subansiri district and released them after almost a week. Earlier, in March 2020 itself, a 21-year-old young man, Togli Sinkam, was captured by the PLA in the Asapila sector near the McMahon line. Two of his friends had managed to escape. After 19 days, the PLA released Sinkam.

Meanwhile, Congress leader Rahul Gandhi also raised this question in his tweet. He wrote, “A few days before the Republic Day, China has kidnapped a fortune-maker of India. We stand with the family of Miram Taron. We won’t give up hope. The PM’s coward silence is a statement in itself. He doesn’t care!”