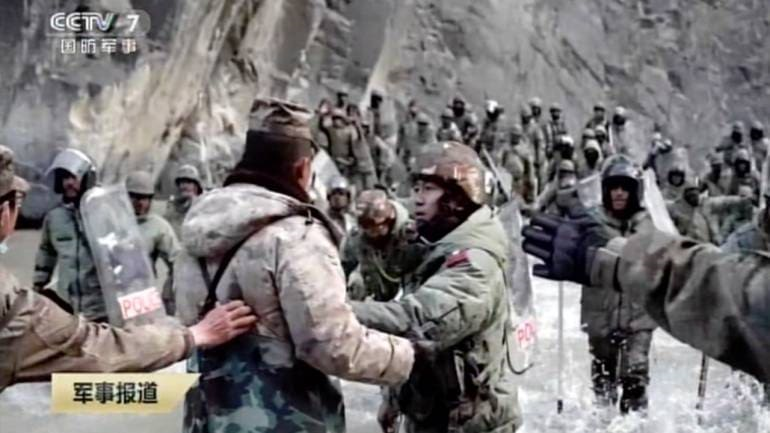 China’s shove and push tactics did not worked with India on the northern borders in Eastern Ladakh, Chief of Defence Staff General Bipin Rawat said on Thursday.

Speaking in a virtual discussion at Raisina Dialogue 2021, Indian military chief said that China feels just by doing a little bit of shove and push they will be able to compel nations to give in to their demands but India had stood firm on the northern borders.

“We have proven that we will not get pushed,” said General Rawat adding that India by standing firm, prevented a change in status quo, and also have been able to gather world support.

“I think the international community has to come to our support to say yes there is an international rule based order which every nation must follow. This is what we have been able to achieve,” he said.

China attempted to say that it was either their way or no other way.

“Such nature of undeclared war will place dilemma in minds of decision makers whether to resort to kinetic force and thus be labeled as aggressor,” General Rawat said.

The chief of defence staff pointed that China tried to change the status quo by use of disruptive technology. “As of now they have not used force and they thought India as a nation will succumb to the pressures, they are putting on us because of the technological advantage they have,” he added.

General Rawat said nations like China are looking to use alternative means of technology in warfare to put pressure and impose their will on other nations.

Replying to a query on China’s aggressive moves and galvanisation, General Rawat said, “They feel they have arrived, they have a superior armed force because of technological advantage. They have created disruptive technologies which can paralyse systems of the adversary.”

He said while militaries around the world are seeking innovative systems to enhance their combat capabilities, disruptive technologies on the other hand will compel nations to rethink techniques and doctrines of war fighting.

“That is what China is evolving to do. It is trying to get into limited conflict,” General Rawat pointed out how China used information warfare sending a message of superiority thinking the adversary will not be able to stand up against them and succumb to these threats.

“Through weaponisation of social media, internet is changing war and politics… Technology will indeed play an important role in the manner in which nations perform in the future.”

On condition of Uyghurs in Xinjiang, Gen Rawat said, “In our nation we have always believed that every community irrespective of religion, creed, colour, have equal rights. The world must stand together in ensuring that people have their human rights.”

India and China have been engaged in a stand off at borders for over the last one year in Eastern Ladakh. Despite the initial disengagement, tensions prevail as there is no final resolution.