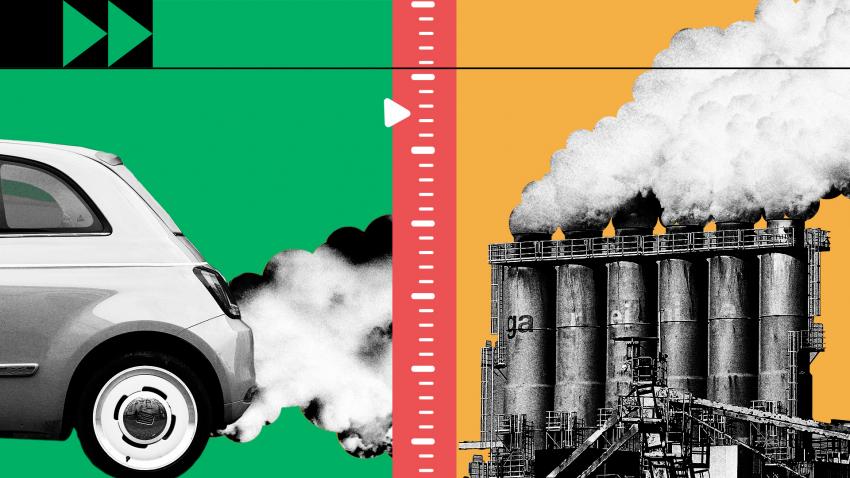 While every ministry and department of the government of India were frantically designing their campaigns to commemorate Amrit Mahotsav, on 9th August 2021, 5000 kilometers across the Arabian Sea, in Kenya, a critical and seminal report was published by the Intergovernmental Panel on Climate Change (IPCC).

The findings of the report were damning.

It has been established beyond reasonable doubt that humans have caused glacier retreat, humans have acidified oceans, humans have caused ocean levels to rise and humans are heating the world at unprecedented rates. Scientists used the phrases extremely likely and highly likely to make precise predictions. However, generally speaking, there is no doubt left. We are in the middle of a pandemic. And the pandemic is in the middle of a giant, enormous catastrophe. And the catastrophe is our doing. If our habits continue on the same lines, the end of human existence is near.

Every 0.5 degree celsius increase in temperature will significantly increase droughts, severe cyclones and extreme heatwaves. And these increases, most importantly, are irreversible for millennia. The first step in the escape route from massive destruction is to reach net zero CO2 emissions immediately. This means to remove as much CO2 from the atmosphere as humanity is creating. This comes at a cost to earth’s inhabitants, some of whom are rich and some of whom are poor. How to distribute the cost amongst different countries of the world is the question no one has answers to.

During the 161 years between 1850 – 2011, 80 percent of emissions came from developed countries. During these 161 years, foundations were laid for the high economic growth of the West. Growth in these times came relatively cheap. The west created trade monopolies – Consumer Associations and Anti-Trust Legislation did not exist to place checks on them, they suppressed dissent – the concept of human rights was still in its infancy, they muzzled the press – freedom of speech was limited to the intellectuals and they used fiscal policies to simultaneously enrich themselves and deprive colonies – sovereignty of the third world did not exist and most importantly, they polluted – climate change policy was still centuries away.

The route to growth in that era wasn’t slowed by the “frills” of the 21st century. Developing countries on the other hand started their growth stories with ruined economies, malnourished people, empty coffers and as servile education system. Then came the concepts of freedom of trade, anti-monopoly rules, a free press and the Bretton Woods Systems. These concepts have been beneficial in bringing order and balance to the capitalist, globalized economy of the late 20th century and the 21st.

However, these new rules also brought with them costs and complexities which developing countries weren’t adapted for. The results were not surprising. With the exception of China, growth rates in most large erstwhile colonies have been modest.

We must look at the EU’s recent proposal to impose tariffs on countries manufacturing “carbon-intensive goods” in this light. Goods which are manufactured on processes heavily reliant on fossil fuels will be subjected to additional tariffs when imported in the European Union. No prizes for guessing which part of the world the tariffs are aimed against. The developing.

An average Indian takes close to 4 years to create the same amount of fossil CO2 that an average European creates in 1 year. While housing 18 percent of the world’s population, India has contributed only to 3 percent of climate change till date.

Notwithstanding this, India is one of the very few countries on the path to fulfil its promise to reduce emissions intensity of GDP by 33-35 percent by 2030. with 38 percent non-fossil fuel electricity capacity, India is just 2 percent short of its 2030 target of 40 percent.

In addition to the above, India had taken several measures to tax fossil fuels, a Clean Energy Cess, a Compensation Cess, Green Cesses and Eco Taxes by various states. In contrast, consider the promises of the developed countries. 100 billion USD was promised each year to aid and assist developing countries to adopt and transform into non-polluting economies and 11 years have passed, racking up the outstanding to 1.1 trillion USD.

However, till 2018, a paltry 78 billion USD was raised by developed countries. Now with the proposed carbon tariffs, the question that is logically asked is, are the burdens placed on developing countries equitable? Not even remotely.

There is an urgent need for every person to pause and take a hard look at their own lifestyle choices. Time has perhaps arrived for behavioural change at a societal level on how pollution-intensive goods like food, water, fuel and electricity are used. The era of abundance seems to be coming to an end shortly.

While we pay a few thousands to replace our smartphone every year, no one seems to care about the 13000 litres of water used to create that one phone or the cost that mining minerals like tin, tungsten, lanthanum and tantalum imposes on the environment. This multiplied by 3 billion, the number of smartphone users in the world. That is several trillion litres of water overall.

With every launch of a new version of the smartphone, millions of people world over, glued to their TV screens, watch with bated breath as charismatic executives announce the unveiling of their best ever smartphone with darkest ever blacks and fastest ever RAMs.

The same interest however, was not present for the launch of IPCC’s latest report, which by its own admission was, the most ambitious cycle of research ever, providing the most up-to-date knowledge about climate change, compiled by hundreds of scientists across the globe who volunteered to prepare this seminal work. The world’s priorities at this point appear to be different and significantly skewed.

As we celebrate Amrit Mahotsav and join together in praising our motherland by singing Vande Mataram, let us remember that, every aspect of Bharat Maata that is poetically praised in our National Song, is an ode to her bountiful nature, her ability to sustain human life and her abundant and inexhaustible natural resources. Sujalam, her rich waters, Suphalam, her abundant produce, Malayaja sheetalam, the cool breeze from the mountains, sasya shyamalam, her dark green fields. So, as we take our Shatabdi Shapath, let us all vow to protect the Bharat of our National Song in our choices and our lifestyles. Either we pay a price today or our children will do tomorrow.

(Subhash Jangala is an officer of the 2011 batch of the Indian Revenue Service, presently posted as Joint Director in New Delhi. The views in the article are personal and do not represent those of the Government of India.)