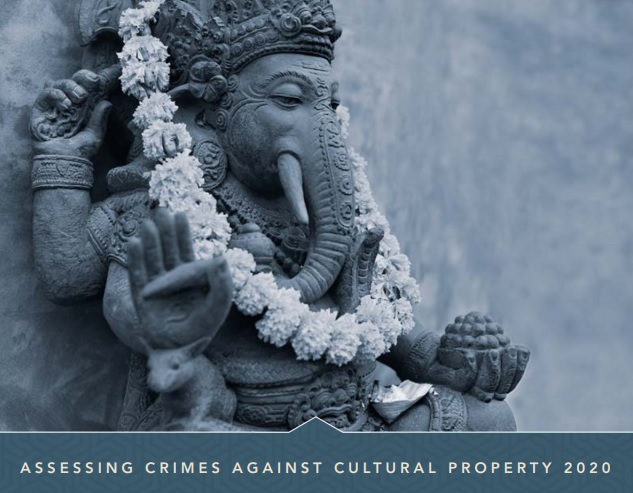 Crimes involving Cultural property have witnessed a rise during the global Covid-19 pandemic and in some cases even surged to new heights, according to a latest report by international criminal police organisation — Interpol.

The data was received from 72 countries, however, India is not in the list.

Interpol enables police in 194 member countries to work together to fight international crime.

In total, 854,742 cultural property objects were seized globally in 2020, including numismatic items (coins, money or medals), paintings, sculptures, archaeological items and library materials. More than half of these items – 567,465 objects – were seized in Europe, underscoring the impact of police units specialized in cultural property crimes, which are present in most of the region’s countries.

Notably, marked increases in illicit excavations were observed in Africa (32%), the Americas (187%) and, especially, the Asia and South Pacific (3,812%) compared to 2019. This could be because archaeological and paleontological sites are by nature less protected and more exposed to illicit excavation.

The COVID-19 pandemic in 2020 had a huge effect on the entire world, including on criminals involved in the illicit traffic of cultural property.

Travel and movement restrictions that were adopted by the majority of member countries forced criminals to find other ways to steal, illicitly excavate and smuggle cultural property.

According to the International Council of Museums (ICOM), 95% of the world’s museums were forced to temporarily close their doors to protect their visitors in 2020.

Some notable examples include the theft of three masterpieces from the Christ Church College in Oxford, UK; the theft of a painting by Van Gogh from the Singer Laren museum in Amsterdam; and the emergence of a new scams of artists on social media, says the report.

Amid the Covid-19, more than 56,400 cultural goods seized and 67 arrested Law enforcement and customs authorities from 31 countries participated in Operation Pandora V, the survey said.

“The COVID-19 pandemic had a significant impact on criminals involved in the illicit traffic of cultural property but did not in any way diminish the demand for these items or the occurrence of such crimes,” said Corrado Catesi, Coordinator of Interpol’s Works of Art unit.

“As countries implemented travel restrictions and other restrictive measures, criminals were forced to find other ways to steal, illegally excavate and smuggle cultural property,” the survey says.