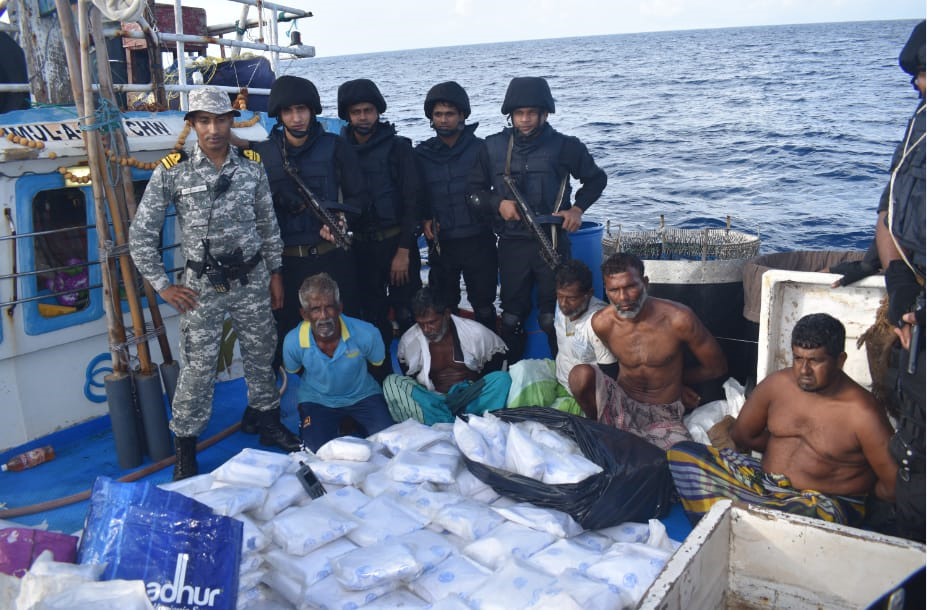 In a biggest catch, Indian Navy seized a Pakistani vessel with contraband worth approximately Rs 3,000 crore in a mid sea operation in Arabian Sea on Monday.

The vessel was coming from Pakistan’s Makran Coastal region. The initial investigation reveals that the contraband was meant to fund terror activities in India, Maldives and Sri Lanka.

“The boat with its crew has been escorted to the nearest Indian Port of Kochi, Kerala for further investigation,” Indian Navy said. 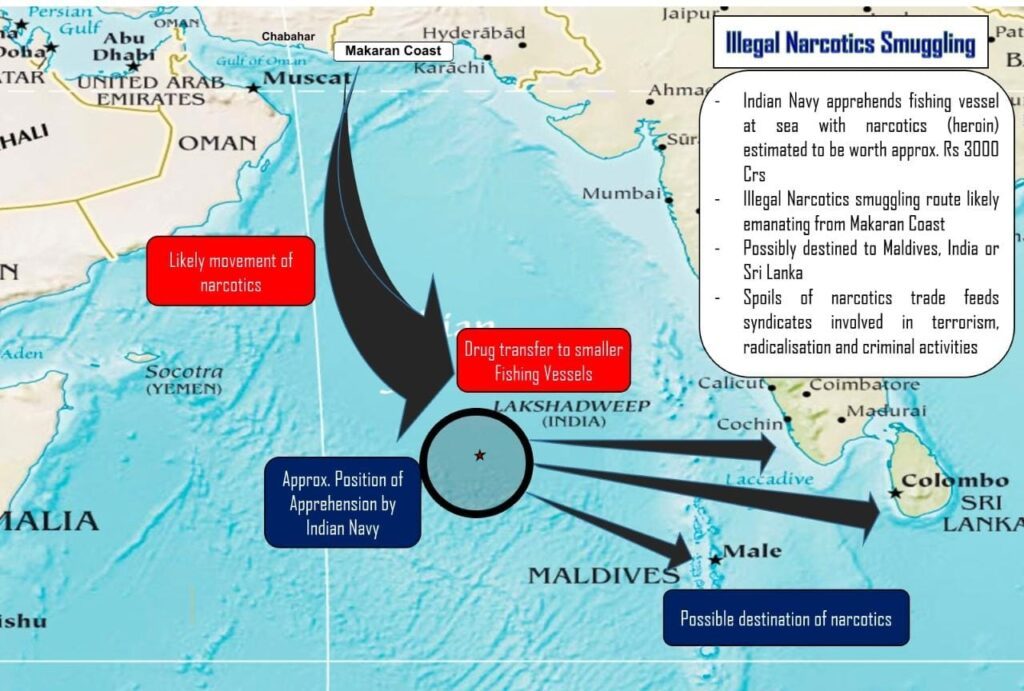 Indian Naval Ship Suvarna, whilst on surveillance patrol in the Arabian Sea, encountered a fishing vessel with suspicious movements.

To investigate the vessel, the ship’s team conducted a boarding and search operation, which led to the seizure of more than 300 kilogrammes of narcotics substances.

The approximate cost of the catch in the international market is estimated to be Rs 3000 crore.

‘This is a major catch not only in terms of the quantity and cost but also from the perspective of disruption of the illegal narcotics smuggling routes,” Commander Vivek Madhwal said

He explained that the smuggling routes emanate from the Makran coast and flow towards the Indian, Maldivian and Sri Lankan destinations.

“Apart from the human costs from drug addiction, the spoils of narcotics trade feed syndicates involved in terrorism, radicalisation and criminal activities,” the officer said.