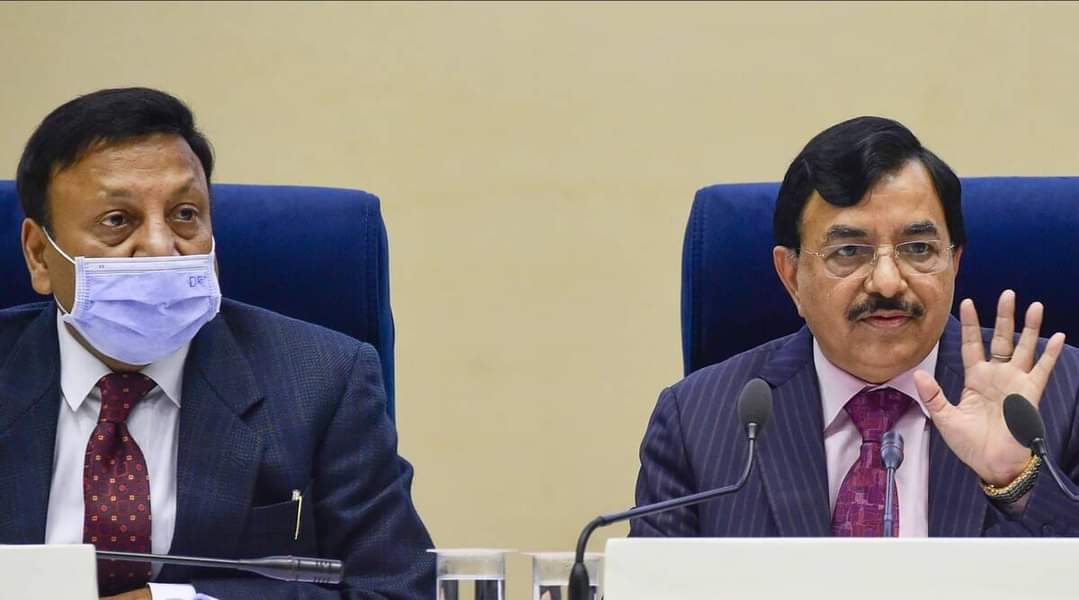 CEC Sushil Chandra declared that no roadshows, padyatras, cycle or bike rallies and processions shall be allowed till January 15 and situation to be reviewed and fresh instructions to be issued later.

Our cVIGIL application should be used by voters to report any incident of violation of the Model Code of Conduct, distribution of money & freebies. Within 100 minutes of complaint, ECI officials will reach the place of offence.

All election officials and employees will be considered as frontline workers and all eligible officers will be vaccinated with ‘precautionary dose’.

Model Code of Conduct (MCC) comes into effect immediately from announcement of the schedules. Election Commission has made elaborate arrangements for ensuring the effective implementation of the MCC guidelines. Any violation of these guidelines will be strictly dealt with.

CEC Sushil Chandra conveyed that it is mandatory for political parties to upload on their website detailed information regarding individuals with pending criminal cases selected as poll candidates and that they will also have to give a reason to select the candidate.

EVMs and VVPATs will be utilized in all the polling stations. Election Commission has already made arrangements to ensure an adequate number of EVMs and VVPATs for the smooth conduct of elections.

All polling stations will be equipped with Covid-mitigation facilities including sanitisers and masks; number of booths increased. More than 18 crore voters, including over 8.5 crore women, will be eligible to vote in five state assembly polls.

ECI has mandated that at least one polling station managed exclusively by women shall be set up in every Assembly constituency. The year 2022 will also see Himachal Pradesh and Gujarat going to the polls. The elections will be a litmus test for the ruling BJP, which is in government in four of the five states going to poll in the next few months.

New challengers like Samajwadi Party (SP) in UP and Trinamool Congress and Aam Aadmi Party (AAP) in Goa will try to make the best of the anti-incumbency in these states.