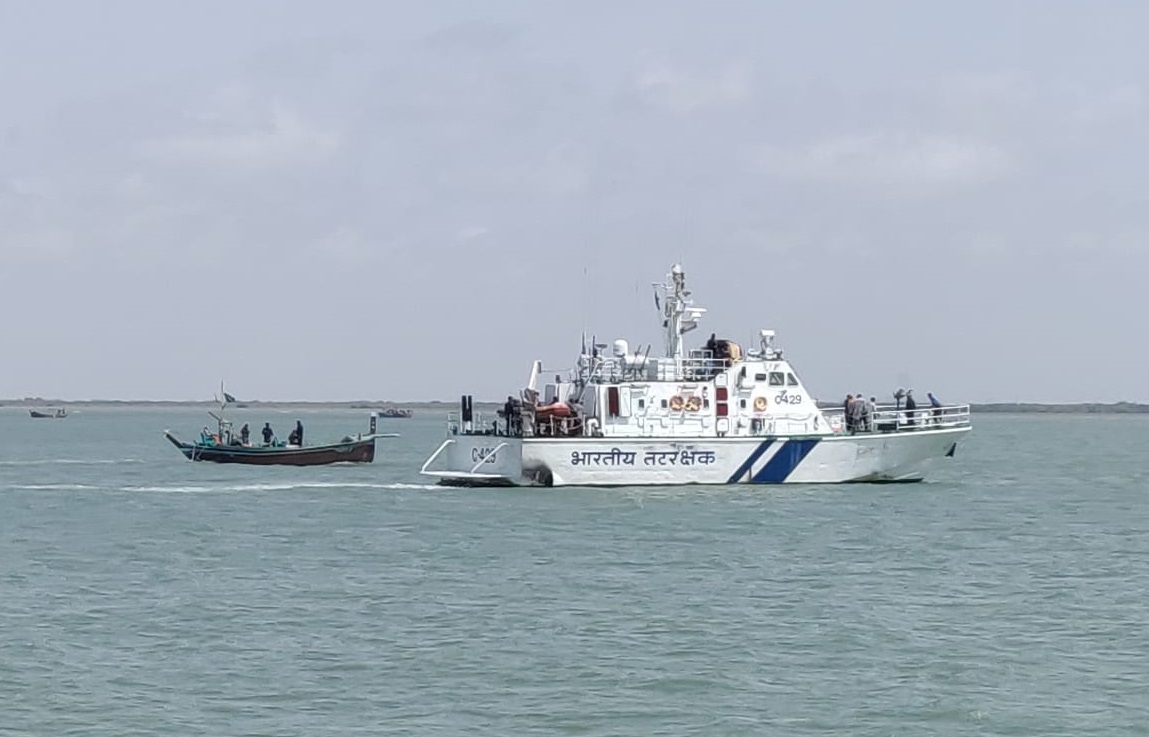 The Pakistani boat PFB NUH was asked to stop. The coast guard officials when checked the boat, there was eight Pakistani nationals and they were in possession of 30 kilogramme of heroin. The boat was taken over and the drug trafficker was immediately apprehended.

The law enforcement agencies are now trying to identify the drug mafias behind it. A team from a forensic science laboratory has been called in to examine the contraband and ascertain its type.

The coast guard official said that it was a joint operation with Gujarat Police’s Anti-terrorism squad.

It said that ATS had information about the illegal consignment being smuggled in the state through the coastline.

In last one year, Indian Coast Guard has successfully seized about 1.6 tones of narcotics worth approximately Rs 4,900 crore. The drug haul done by ICG since inception amounts to Rs 10,952 crore.

In January 2020, Gujarat police’s Anti-terrorism squad had arrested five Pakistan nationals and had seized 35 kg heroin consignment from their possession. It was similar kind of operation wherein Indian Coast Guard were roped in to get hold of traffickers.

The Pakistani boat named JamJam was spotted on the International maritime board at Jakhau in Kutch. Following their search, 35 packets of contraband heroin were recovered from them.

The drug mafias are trying to push contraband in Indian territory through land border and.

In 2019, again Gujarat Police had arrested 11 foreigners including nine Iranians with 100 kg heroin worth Rs 500 crore in a similar operation.

During investigation, the sleuths found that that a Mumbai-based trader identified as Badruddin S Shaikh, who had gone to Tehran (Iran’s capital) to purchase dry fruits specially dates, was contacted by a drug dealer identified as Ali alias Haji who lured the trader to receive the narcotics consignment at Porbandar coast in Gujarat in lieu of Rs 10 lakh.