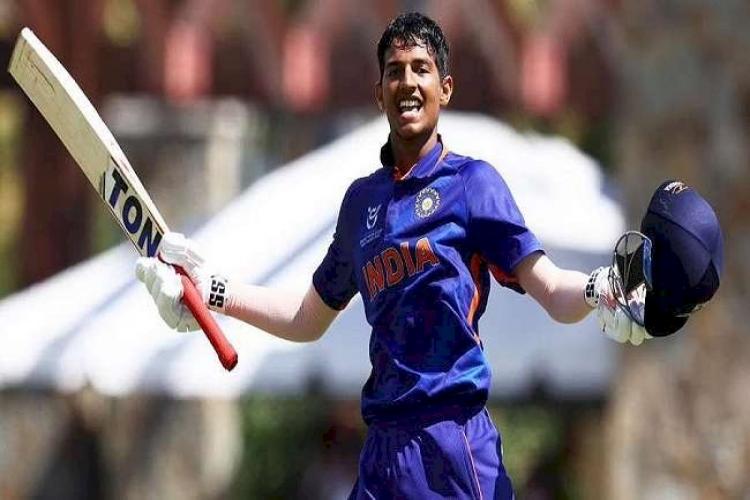 The Indian team won the Under-19 World Cup for the fifth time by defeating England in the final on Saturday. Before the second match of the World Cup, five players of the Indian team, including Dhul, became Covid positive. Despite this, the team won the title. Yash scored a century against Australia in the semi-final. He said that even Covid could not break our spirits. The Indian team will reach India on Tuesday. Yash Dhul spoke to Abhishek Tripathi after getting some time at Amsterdam airport while returning to India from West Indies. Here are the main excerpts-

Your father said that you speak less. Will you have to give a lot of interviews after winning the World Cup title?

– Yes, it is better to speak less. I have a habit from the beginning. I only talk about work.

What changed in Yash after the trophy was in hand?

– I am like that. One should never change. My focus will always be on cricket and now I have to work twice as hard. To make a place in senior cricket, you have to improve yourself. Now I will work more on fitness.

–NCA chief VVS Laxman was with you guys. What did he say after winning the title?

Laxman sir said that from the day you grabbed this trophy, it became history. Now this title is a thing of the past. Forget it now, if you keep it in mind, you will not be able to play further. Now focus on the next cricket. As far as the celebration is concerned, we celebrated it in the field. We decided that we have to stay on the ground and keep our senses safe.

Your father also doesn’t give much head to success?

Goal ahead, IPL team or Test team? Will you make any changes in your game as well?

-No, I’ll keep my game simple. I dominate both in ODIs and T20s. There is a different kind of game to be played in each format. My favorite team in IPL is Delhi Capitals but the real game is Test. It’s fun to play Tests. The game changes after every innings. When two-three wickets have fallen, then taking big partnerships to take the team up is a different kind of comfort.

In the final match, England won the toss and chose to bat, then what came to mind?

If we had won the toss, we would have batted first. Our team had a lot of depth in our batting so when I went to toss, I went with both the circumstances. We had a lot of all-rounders, so we were able to chase the target of 260 runs.

–However, the match go

-(laughs) We had trapped him, but later everything was fine. Brilliant performance by Raj Bawa and Ravi Kumar. Raj bowls a good bouncer, as well as bats well. Ravi’s swing remained difficult for the opposition teams. Our entire team has one of the diamonds.

The pressure was not visible on the face of any player of the team?

Team bonding is the biggest thing. This is the best in our team so that we can beat the best team. There was a lot of positivity in the team.

Yes, many other players with you became Kovid positive?

Yes, that’s true, but there was nothing to worry about. Even Kovid could not break our spirits. VVS sir used to take video calls everyday. The rest of the players also used to call everyone, so there was no feeling of loneliness even in the quarantine.

Your captaincy is being appreciated a lot, from where did you learn?

I used to play cricket from Bal Bhavan School (located in Dwarka, Delhi) and Chand Khanna Club. Coach Rajesh Nagar sir made me captain from the beginning. I used to captain in junior cricket but when I used to play against seniors, I was made captain. I benefited a lot from this. When he joined the Indian team, he was taught there how to keep calm. Mindset explained.

Leadership Strategies From the Cricket Field to the Boardroom: In Conversation With Sourav Ganguly

Leadership Strategies From the Cricket Field to the Boardroom: In Conversation With Sourav Ganguly