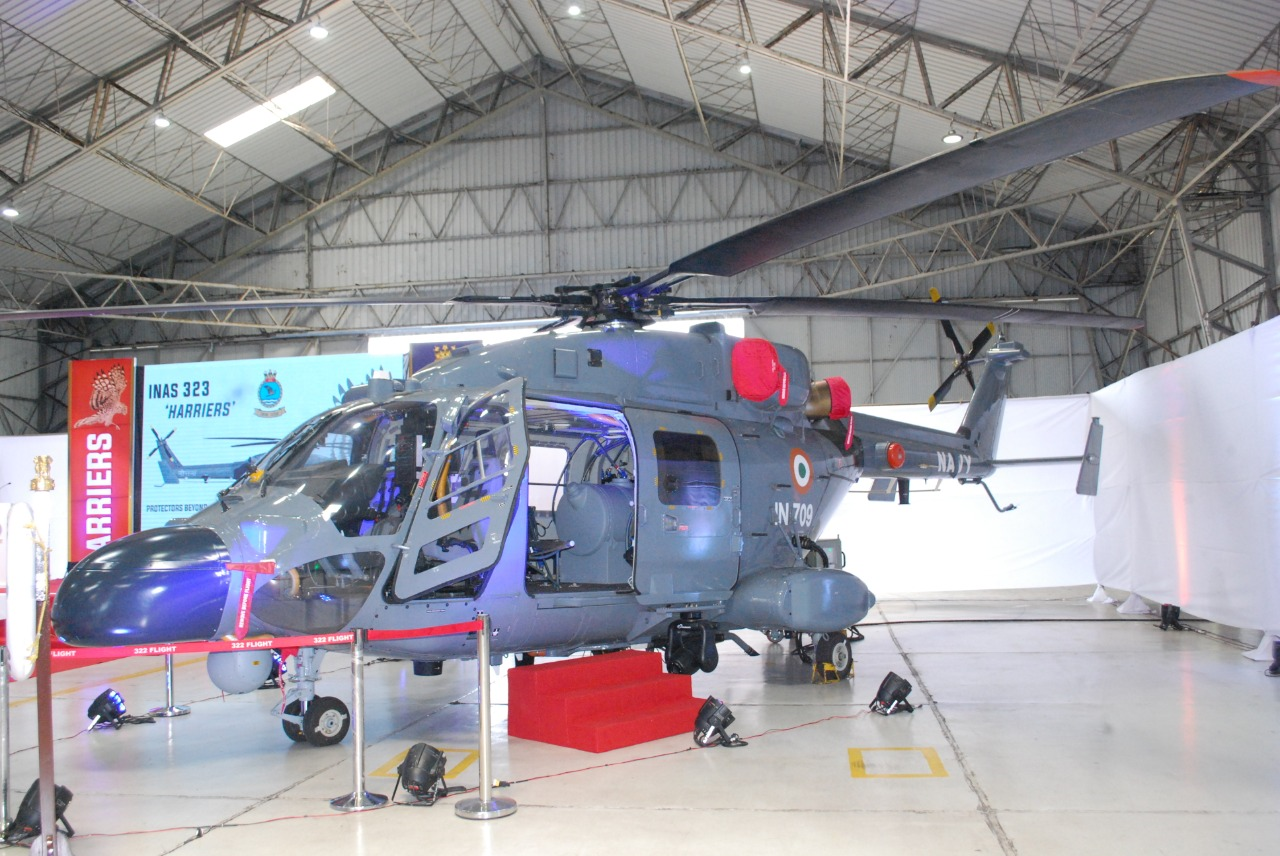 It happened in the presence of Minister of State (Defence) Shripad Naik and Vice Admiral R Hari Kumar, Flag Officer Commanding-in-Chief of Western Naval Command, at INS Hansa in Goa on April 19,20 21.

Addressing the gathering, the minister said that the commissioning of INAS 323 marked yet another milestone in the efforts towards enhancing maritime security and safeguarding maritime interests of the nation, as also embodying the spirit of Atma Nirbhar Bharat (Self Reliant India).

The Mk III version of the ALH has an all glass cockpit and will be used for Search and Rescue, Special Operations and Coastal Surveillance.

A total 16 aircraft are under procurement and the aircraft are being delivered in a phased manner to the Indian Navy.