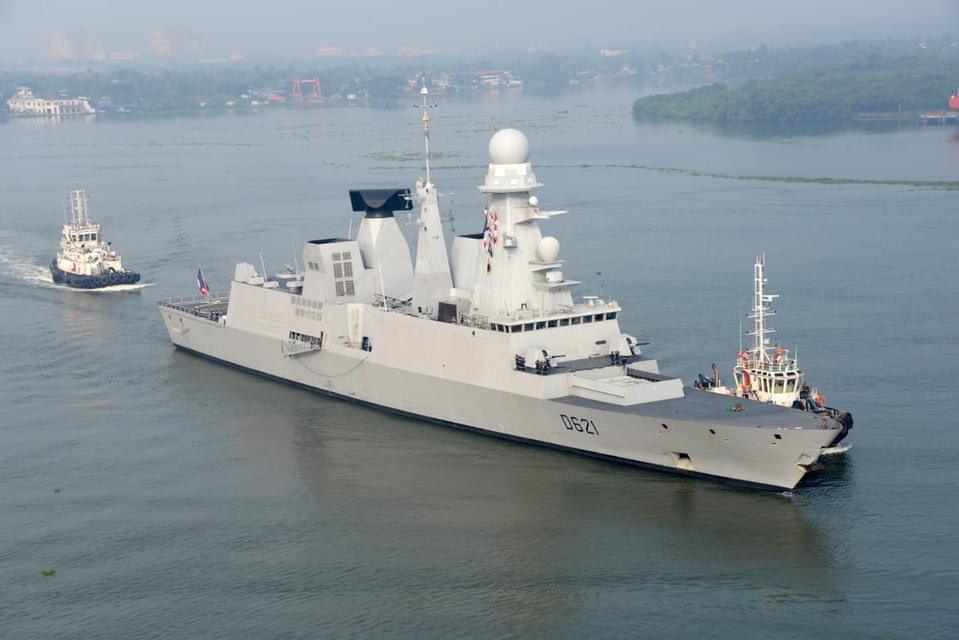 FS Chevalier Paul departed Kochi harbour on 30 Nov 21 after completing a twelve day long extensive engagement with the Indian Navy. As part of the interaction the ship undertook Port Calls at two Indian ports Mumbai and Kochi and undertook a Maritime Partnership Exercise with Indian Naval Ship Kolkata in the Arabian Sea from 22 to 23 Nov 21. The exercise also involved participation of a Maritime Patrol Aircraft and MiG 29K Fighter aircraft from the Indian side.

The recent interactions highlight the synergy, coordination and inter-operability between the two friendly navies. These interactions further underscore the shared values as partner navies, in ensuring freedom of seas and commitment to an open, inclusive Indo-Pacific and a rules-based international order.