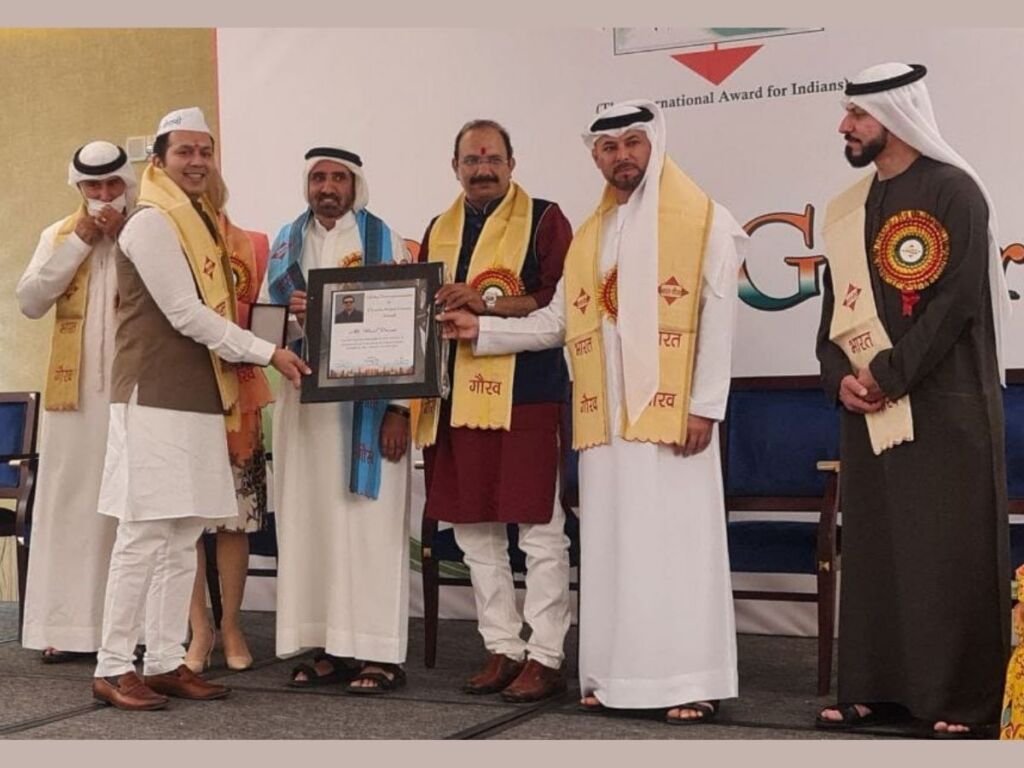 Dubai (UAE), December 26: Surat’s noted industrialist Viral Desai, popularly known as Greenman for his love for the environment, has been awarded the prestigious Global Environment and Climate Action Citizen Award in Dubai.

Viral Desai and the other winners were felicitated at Dubai’s Atlantis, The Palm, on December 23, with the Bharat Gaurav Samman by Sanskruti Yuva Sansthan. The UAE’s Foreign Trade And Economic Development Department’s Director-General Sheikh Awad Mohammed Mugrin graced the ceremony with his presence.

Twenty-eight prominent personalities from 11 countries, including the UK, the US, New Zealand, France, and Malaysia, were felicitated with the prestigious awards on occasion, but Viral Desai was the only one from India to have won the honour for climate action. “Service of nature can take us anywhere. We only need to have faith in nature and put in our wholehearted efforts to conserve nature. The rest happens on its own,” Viral Desai said.

“This is the third time I have received an international award for conservation of the environment and will inspire me to further scale up my efforts for the cause. I am thankful to the team of Bharat Gaurav Samman and Pandit Suresh Mishra Ji in particular for finding me worthy of the honour,” he added.

It is noteworthy that Viral Desai accepted the award while proudly wearing the traditional Gandhi cap and Indian attire.

The award winners and other visitors interacted at length with Viral Desai and sought to know more about the transformation of Surat’s Udhna Railway Station, which he has adopted and transformed into the number one green railway station in the country. They also expressed interest in signing MoUs for replicating the model at other places, undertaking large-scale tree plantation, and preparing other environmental models.