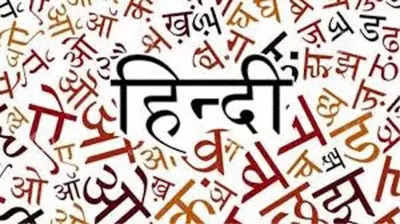 The story of India’s official language, Hindi, is a bit complicated as its roots lie in the colonial past, when the East India Company regime adopted English as India’s language for all administrative purposes. The year was 1835 and a burdened people had almost no say in what they were being asked to follow. The colonial occupiers ensured that not only was English formally accepted as the official language, but it was also encouraged to become a language for all practical purposes of public life.

Then came the year 1949 and the date September 14! On this day, the Constituent Assembly of India took the unanimous decision of adopting Hindi as the country’s official language, thus, successfully shedding the shackles of British rule. Since then, every year, on this day, the country and its citizens celebrate the ‘Hindi Diwas.’ It has now been decades since we celebrate Hindi every year, at least for a fortnight. During this, the Central and state governments organize a number of activities to promote and propagate the use of Hindi in public. However, those in the know realize that this annual celebration isn’t much more than customary in its impact.

In this regard, an IAS officer, who has worked at various government positions, speaks ruefully about the plight of Hindi despite being the official language of Indian dispensation. Born in a small village of Balia district of Uttar Pradesh, he did his initial schooling in the village, where his father was also a teacher. After studying at various schools of U.P., he finally got to study English once he took admission in the government Inter-college. From there, he took admission in the Benaras Hindu University, to study science. Struggling with the handicap by way of English, he was put in an even more difficult situation when he gained admission in IIT Madras.

At the IIT, he realized that it was Hindi, and not English that would become more of an impediment in his academic years. He completed his B.Tech. and then went on to appear for IAS. Everything, from the study material to teaching methods, everything was in English and Hindi became a forgotten language.

That brings us to the big question today, why do we need to celebrate Hindi Diwas? Especially when there may be no such arrangement in place for any other language in the country. The fact of the matter is that Hindi users are themselves responsible for its plight. The roots of this plight may lie in the speech that Macaulay gave at the British House of Commons. The clever Brits ensured that the Indian mindset would remain perpetually in the state of mental slavery through corruption of the cultural values as well as education system. Everyone believed that English was the language to learn and Hindi wasn’t as beneficial. The system in place in the country, especially in terms of education, career, business, etc substantiated the bias against Hindi. Thus, we continued to become westernized while hiding our true self behind a façade.

Hindi isn’t fighting a battle with other languages of India. It is also engaged in a war with the average Indian mindset, which feels Hindi is good enough for films and songs, and little more! Today’s parents have a common grouse – their child may be good in every other subject, but not so much in Hindi. Have we ever stopped and pondered on the cause behind the present situation?

If Hindi needs to compete and succeed against English, everyone needs to come together for its development. It starts with the government officials, school authorities, and the parents before spreading awareness regarding the same among the general public. For its betterment, Hindi also has a lot to learn from regional languages like Tamil, Bangla and Malayali, which have gained a far robust vocabulary and user-base in comparison to Hindi through holistic measures.

Just celebrating Hindi Diwas for another century isn’t going to make much of a difference to the status of Hindi in the country. We need to connect it with other languages, and also with the self-respect of every Indian. May be, then, one day, we may not need to celebrate Hindi Diwas anymore!