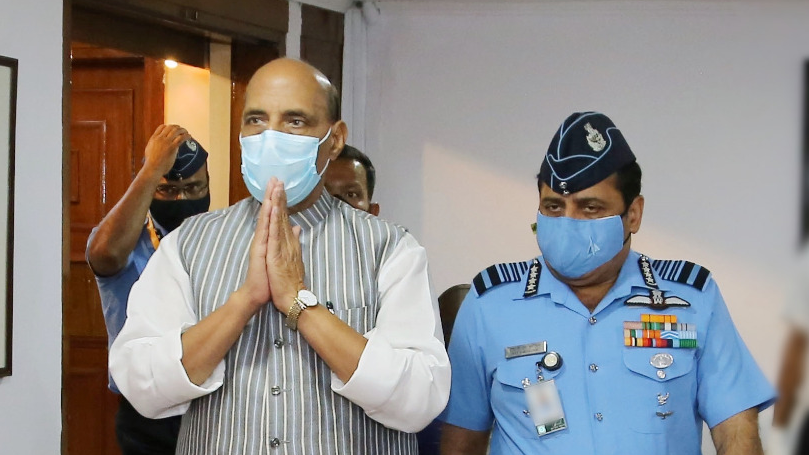 Indian Air Force (IAF) has decided to reorient itself for future challenges across all threat domains and preparing a road map for effective utilisation of assets and future inductions, the force said on Friday.

The force is also looking for for innovative and low cost solutions for enhancing training effectiveness as well as adopting a scalable contingency response model.

The decision was taken during Indian Air Force Commanders’ Conference 2021 that concluded on Friday.

During the Conference Commanders, the IAF said that the contours of the operational philosophy and organisational aspects of Air Defence and Joint Command Structures were also discussed.

The IAF Commanders’ Conference 2021, themed ‘Reorienting for the Future’ concluded at Air Headquarters on late Friday.

The three day conference saw detailed deliberations on ways and means to enhance the operational capabilities of the IAF.

Air Officers Commanding-in-Chief of the seven commands and key appointments from Air Headquartersattended the conference.

The conference was addressed by the Indian Defence Minister Rajnath Singh. The Chief of Defence Staff General Bipin Rawat and chief of two services – Army and Navy — also addressed the conference and interacted with the commanders on subjects of future war-fighting through joint planning and integration of service capabilities.

The actions and follow-up plans for implementing the directions given by the Prime Minister Narendra Modi during the Combined Commanders’ Conference were discussed by the participants.

The other key subjects included reorientation of the IAF for future challenges across all threat domains, and the roadmap for effective utilisation of assets and future inductions.

In his address to the Commanders, Air Force Chief Air Chief Marshal Rakesh Kumar Singh Bhadauria emphasised the need for incorporation of new technologies such as artificial intelligence and 5G, enhanced utilisation of cyber and space domains and continuous update of doctrines, tactics and procedures.

He stressed upon empowerment of junior leadership through comprehensive human resource reforms and increasing efficiency through organisational restructuring.