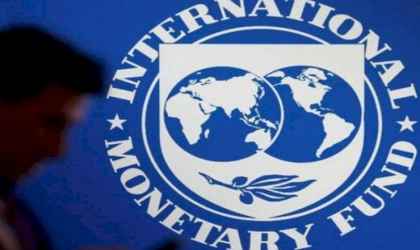 Omicron, a new variant of corona virus infection, can slow down economic growth around the world, including in India. In such a situation, the International Monetary Fund (IMF) has cut the estimated economic growth rate of India and the world, making changes in the earlier estimate about the economic growth rate. The IMF on Tuesday slashed India’s economic growth forecast for the current fiscal by 0.5 percentage points to 9 per cent. IMF Chief Economist Gita Gopinath said the slight decline is mainly due to the spread of the Omicron version.

“If you look at the 2021-22 financial year, there is a marginal decline of -0.5 percentage points and a marginal gain of 0.5 percentage points for the next financial year 2022-23,” Geeta Gopinath told reporters during a press conference here. ” The Washington-based international financial institution had in October last year projected a GDP growth of 9.5 per cent for India for the current fiscal (2021-22). Now the IMF has reduced it. However, the estimate of the world’s growth rate has also been slashed.

The International Monetary Fund lowered its forecast for the world economy this year, citing the spread of the Omicron variant of COVID-19, high energy prices, rising inflation and financial stress in China. The agency has now forecast that the global economy will expand by 4.4% in 2022. This is down from last year’s estimated 5.9%. Not only this, it is also lower than the 4.9% expansion forecast by the IMF for October to 2022.

The IMF slashed the growth forecast for the US, the world’s largest economy, to 4%, from 5.2% projected in October. The agency no longer expects any economic stimulus from President Joe Biden’s ‘Build Back Better Social Policy Bill’. At the same time, the Chinese economy is projected to grow at 4.8% this year, down from 8.1% last year and 0.8 percent lower than the IMF’s expectation in October.