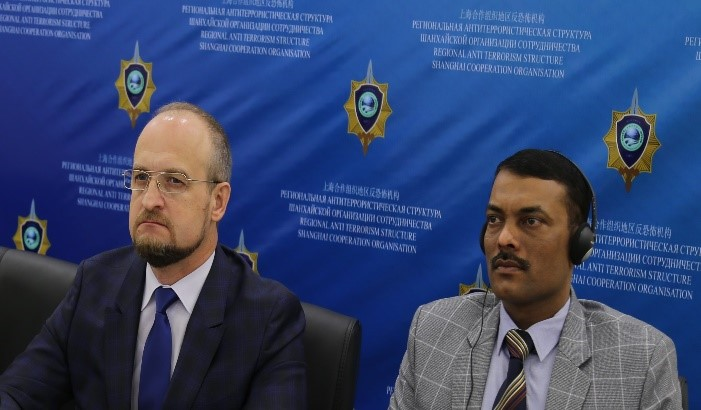 Asia’s three non-friendly neighbouring nations India, China and Pakistan will hold a joint anti-terrorism exercise this year along with other members of Shanghai Cooperation Organisation (SCO).

The joint exercise named as Pabbi-Antiterror-2021 to take place this later this year. It was announced during the 36th meeting of the Council of the Regional Anti-Terrorist Structure (RATS) held at Tashkent in Uzbekistan on March 18 ,2021.

During the meeting, the SCO member states also approved the draft programme of cooperation for 2022-2024 to counter-terrorism, separatism and extremism.

“Decisions have been made to improve cooperation between the competent authorities of the SCO member states in identifying and suppressing channels that finance terrorist activities,” RATS statement.

RATS, headquartered in Tashkent, is a permanent organ of the SCO which serves to promote cooperation of member states against terrorism, separatism and extremism.
The SCO is an economic and security bloc in which India and Pakistan were admitted as full members in 2017.

The next meeting of the Council of the RATS SCO is scheduled to be held in September in Uzbekistan.

Further, a delegation of the RATS SCO executive committee headed by Deputy Director V V Barchuk took part in a virtual regional seminar on the development of judicial and law enforcement cooperation and information exchange.

This event was held within the framework of the Project “Exploring the Relationship between terrorism, Weapons and Crime: preventing and Combating illicit trafficking in small arms and light weapons (SALW) and their Illicit Supply to terrorists – supporting the implementation of UN Security Council Resolution 2370/2017 and the Madrid Guidelines”.

The purpose of the virtual regional workshop was to facilitate analytical discussions among relevant government officials, as well as representatives of relevant international and regional organizations, on issues, challenges and needs related to enhancing national, regional and international judicial and law enforcement information exchange and operational cooperation for the effective detection, investigation and prosecution of illicit arms trafficking in the context of terrorism and organized crime.

Barchuk made a report at the session. “The role of international and regional organizations and the development of international cooperation of judicial and law enforcement agencies in Central Asia”.

He informed the participants of the seminar about the activities of the RATS SCO to ensure security in the region, strengthen and develop counter-terrorism cooperation, assist the competent authorities of the member states in implementing measures to combat illegal trafficking of weapons and ammunition, and prevent their illegal supply to terrorists.

At the same time, he expressed the opinion on the responsible role of regional organizations in the development of cooperation between law enforcement agencies and in creating conditions for combining the efforts of the states of the region in solving priority problems in the fight against terrorism.

In this regard, Barchuk stressed that the RATS SCO, as an organisation responsible for coordinating activities in the field of combating terrorism, separatism and extremism in the SCO region, is ready to promote its experience and is interested in providing all possible assistance to the relevant UN anti-terrorist units in achieving high-quality, meaningful and significant results within the framework of the Project.

The event was held at a high organisational level, in an atmosphere of mutual understanding and constructive dialogue.