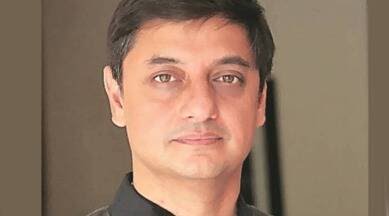 India’s Chief Economic Adviser (CEA) K.V. Subramanian completes his tenure on December 17, 2021 and the search is already on for his successor. Out of a 10-name list, prepared by a selection committee, led by Chairman of the 15th Finance Commission N.K. Singh, the government has shortlisted three names and two of them are women. These are Poonam Gupta, Director General, National Council of Applied Economic Research (NCAER), Pami Dua, Professor, Delhi School of Economics, and Sanjeev Sanyal, Principal Economic Adviser, Government of India.

Applications were invited for the post of CEA in October 2021, after Subramanian, a professor at ISB, Hyderabad, announced his decision to return to teaching after completing his 3-year term. He took charge as the CEA from Arvind Subramanian in December 2018. All the 3 probable candidates hold exemplary career record and vast experiences in economics and have already held other positions of consequence in various government agencies dealing with financial policy and planning.

Gupta was Lead Economist for India at the World Bank as well as Lead Economist, Global Macro and Market Research, International Finance Corporation (IFC), before she joined NCAER. Prior to that, she was the Reserve Bank of India Chair Professor at National Institute of Public Finance and Policy, Professor at Indian Council for Research on International Economics Relations, and Economist at the International Monetary Fund, among other appointments. She is a Masters in Economics from the Delhi School of Economics, University of Delhi and a PhD in International Economics from the University of Maryland, USA. Last month, she was also inducted as a Part-Time member in the Economic Advisory Council to the Prime Minister.

Dua, a former member of the Monetary Policy Committee of the Reserve Bank of India, has also taught at the University of Connecticut and Yale University, besides being a member of various expert committees of the RBI and the Union government.

Sanyal is a former global strategist who has also worked as the Managing Director at Deutsche Bank. He was appointed Principal Economic Adviser in February 2017. Official sources have indicated that Sanyal may be handed over the charge of looking after the work going on for the Economic Survey since the pre-Budget discussions have already begun. This will be the case till the next CEA is appointed.

Govt taking measures to deal with inflation, will be able to control it in medium-term: Principal Economic Advisor