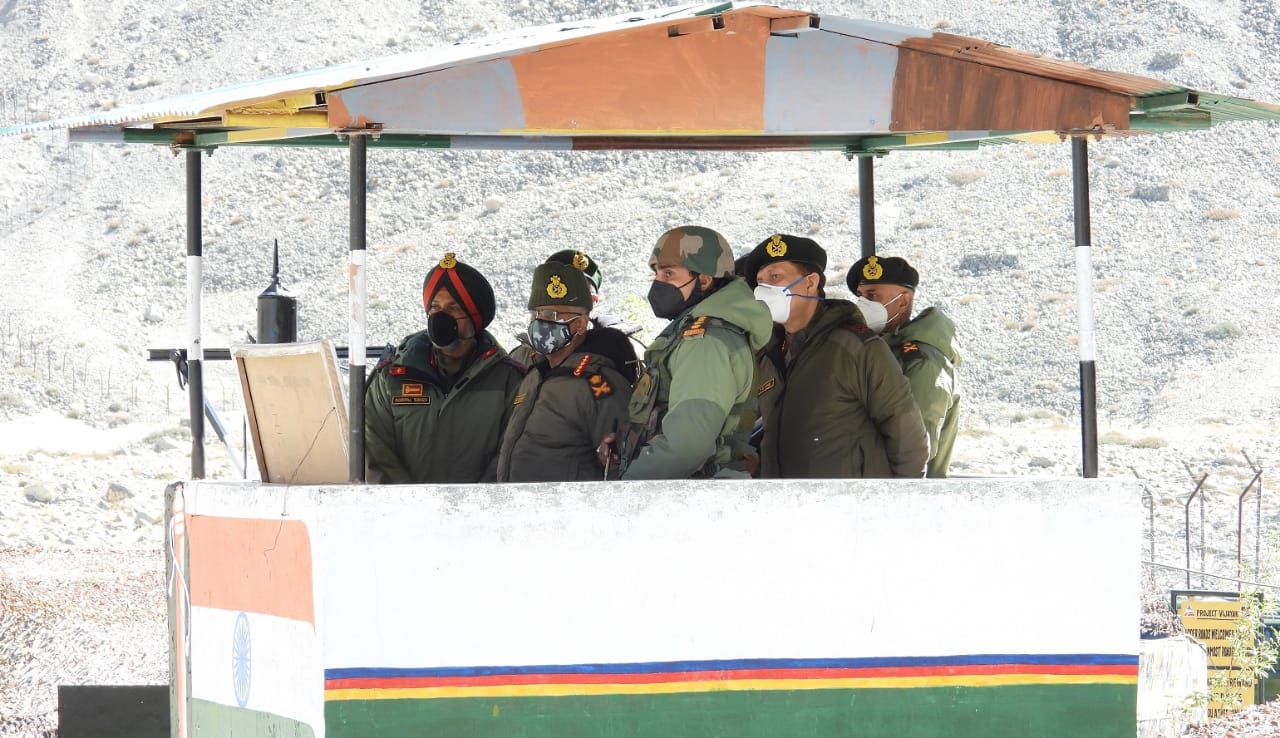 Lieutenant General Menon briefed the the Army Chief on the prevailing security situation and operational preparedness in the Corps Zone. The Army Chief is scheduled to return on April 28, 2021, an Army statement said.

He interacted with the troops and complimented them for their steadfastness and high morale, while being deployed in some of the harshest terrain, altitude and weather conditions.

This is his first visit to Ladakh since the initial disengagement took place between the Indian and Chinese armies in Pangong Lake even though the situation across Eastern Ladakh hasn’t been resolved. The military tussle between India and China started in May last year.

There have been 11 rounds of Corps Commander level talks so far between both the countries.

After 11th round of talks in April,India and China agreed to resolve outstanding issues aimed at disengagement at Line of Actual Control in Eastern Ladakh paving way for complete de-escalation.

“The two sides agreed on the need to resolve the outstanding issues in an expeditious manner in accordance with the existing agreements and protocols,” a joint the statement stated.

The 11th round of Corps Commander talks at Chushul happened after a nearly two month gap. Indian military delegate was led by Lieutenant General PGK Menon, Commander of 14 Corps based in Leh.

The two sides had a detailed exchange of views for the resolution of the remaining issues related to disengagement along the LAC.

As the India-China military tussle almost completes a year the tensions remain, even though disengagement has been successful in Pangong Lake. Tanks and troops from both sides have pulled back and there is no eyeball to eyeball confrontation but the build up across Eastern Ladakh continues.

After the recent talks two sides agreed that it was important to take guidance from the consensus of their leaders, continue their communication and dialogue and work towards a mutually acceptable resolution of the remaining issues at the earliest.