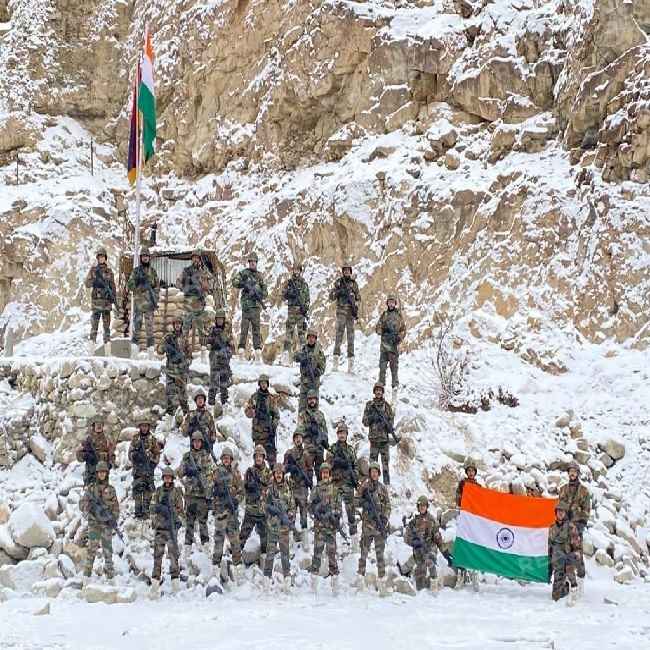 The jaw-dropping response to the dragon’s actions

The move by the Indian Army comes amid reports that Chinese troops had hoisted their flag in the area a few days ago. Earlier, media reports said that the Chinese government had demanded the renaming of 15 places in Arunachal Pradesh on its map two days before the new border law was enacted. The Indian government said in a statement on Thursday that it had seen reports of attempts by China to rename some places in Arunachal Pradesh. This region has always been and will remain an integral part of India, no one can change this fact by having a new name.

There has been a demand for name change before

In response to a media query on the news of China changing the names of some places in Arunachal Pradesh to its own language, External Affairs Ministry spokesperson Arindam Bagchi said that China had also sought such names in April 2017. After the conflict in the Galvan Valley in the year 2020, some phases of the military and diplomatic story have come to an end in a stalemate. Chinese intervention has diminished in some border areas but full intervention is not yet complete. Interference is a major cause of concern, especially in Depsang and Hot Springs.

Deployed heavy army despite the cold

The deployment of heavy forces in the eastern Ladakh region even in the bitter cold is enough to show that the situation between the two is not normal. The Indian government has repeatedly said that China has tried to change the border situation unilaterally and this is the reason for the controversy. Due to which, it is imperative that China take appropriate steps in other areas so that peace can be established on the LAC.