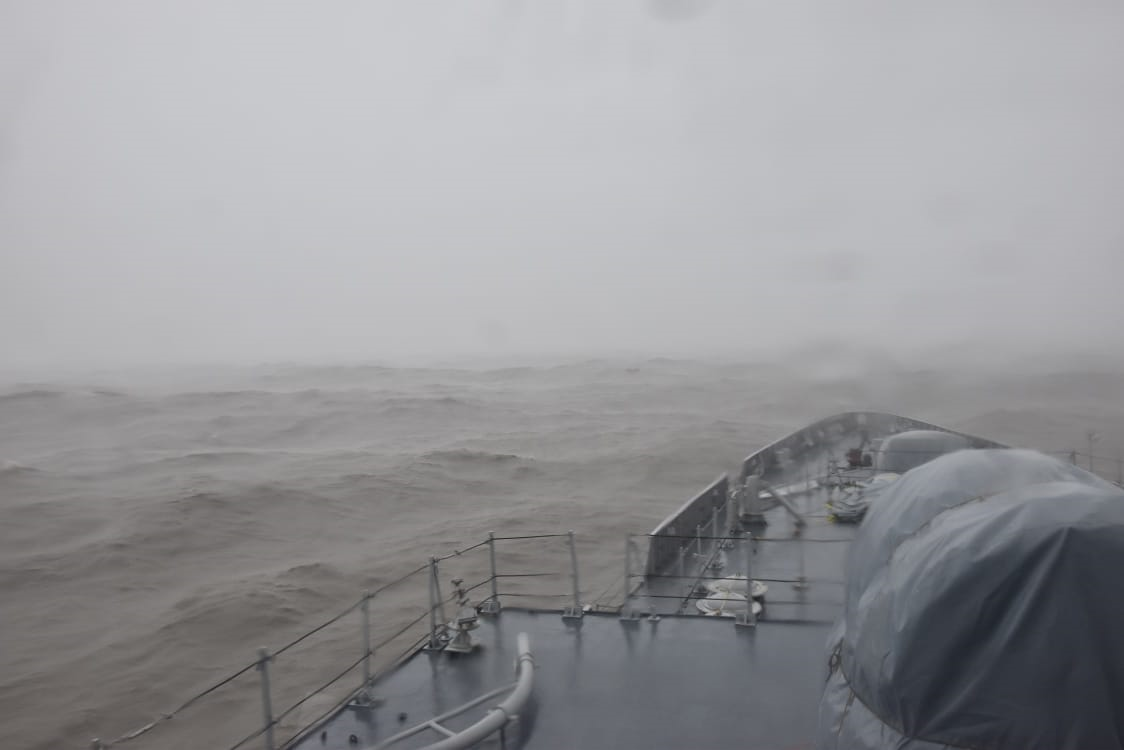 INS Kochi and INS Kolkata along with MV Offshore Energy and MV Ahalya continue with SAR in extremely challenging circumstances.
IDN Correspondent May 18, 2021

The Indian Navy (IN) and Indian Coast Guard (ICG) rescued 314 people stranded and struggling for survival on two barges that were engulfed by Cyclone Tauktae in Arabian Sea.

All the 137 people marooned on the Barge GAL Constructor have been successfully rescued by the Navy and Coast Guard teams in one of the biggest search and rescue operations in the Arabian Sea.

The daring helicopter and ship operations braving extreme weather conditions, battling tall waves, heavy rains and strong winds of over 100 km/hr, near the Colaba Point managed to rescue the all people stranded.

Similarly, another 177 persons out of 273 on board Barge Papaa-305 were picked up with the help of INS Kochi, INS Kolkata, OSV Ahilya, OSV Ocean Energy and Sea King helicopters, even as the vessel sank in the sea on Tuesday morning.

Efforts are on to rescue the other people still trapped in the waters as the intensity of the Cyclone Tauktae seemed to be on the wane after it made a landfall around midnight.

The Oil & Natural Gas Corporation Ltd (ONGC) said early today that one of its oil exploration drilling rigs and three construction barges of Afcons Infrastructure Ltd. (AIL) were involved in the unfortunate incidents during the Cyclone Tauktae onslaught.

The vessels are ONGC Drill Ship ‘Sagar Bhushan’ and AIL’s Barge Gal Constructor which ran aground near Colaba Point, Barge Papaa-305 which has sunk and Barge Support Station-3, which is drifting northwest in the sea with two ONGC offshore vessels sent to provide assistance.

According to IN and ICG, these incidents involved a total of 707 persons of which 314 have been rescued and further operations are continuing since the past 24 hours.

Though the ONGC could not provide the total number of personnel, staff in the Bombay High Fields, around 175 kms in the high seas, the company said that all its offshore installations and oil platforms were safe.

Various ships along the Western seaboard are on standby with aid and relief material for immediate assistance to affected areas as required and to provide assistance to fishing boats and small boats stranded due to the rough weather.

Indian Naval Ships Beas, Betwa and Teg joined INS Kochi and Kolkata for undertaking Search and Rescue (SAR) operations for Barge P-305, which sank 35 nautical miles from Mumbai (in the Mumbai Offshore Development Area) SAR has also been augmented with P8I and naval helicopters, who continue to undertake aerial search in the area. Since the commencement of the SAR from PM 17 May 2021, 180 survivors have been recovered so far.

INS Talwar has arrived in the area and taken over the duties of ‘On-Scene Coordinator’ for coordination of the SAR effort.

The Western Naval Command, in coordination with ONGC and DG shipping, has diverted five tugs to render assistance.

Great Ship Aditi and Support Station 3 have been able to drop anchor. Meanwhile, OSV’s Samudra Sevak and SV Cheel are connected to manoeuvre Sagar Bhushan, and the situation at present appears to be stable.

The sea continues to be extremely rough with sea state 4-5 and winds 25-30 knots (approx 35 – 55 kmph), posing a challenge to the ships and aircraft involved in SAR operations.

ONGC to invest Rs 31,000 crore in exploration over the next 3 years

ONGC to invest Rs 31,000 crore in exploration over the next 3 years