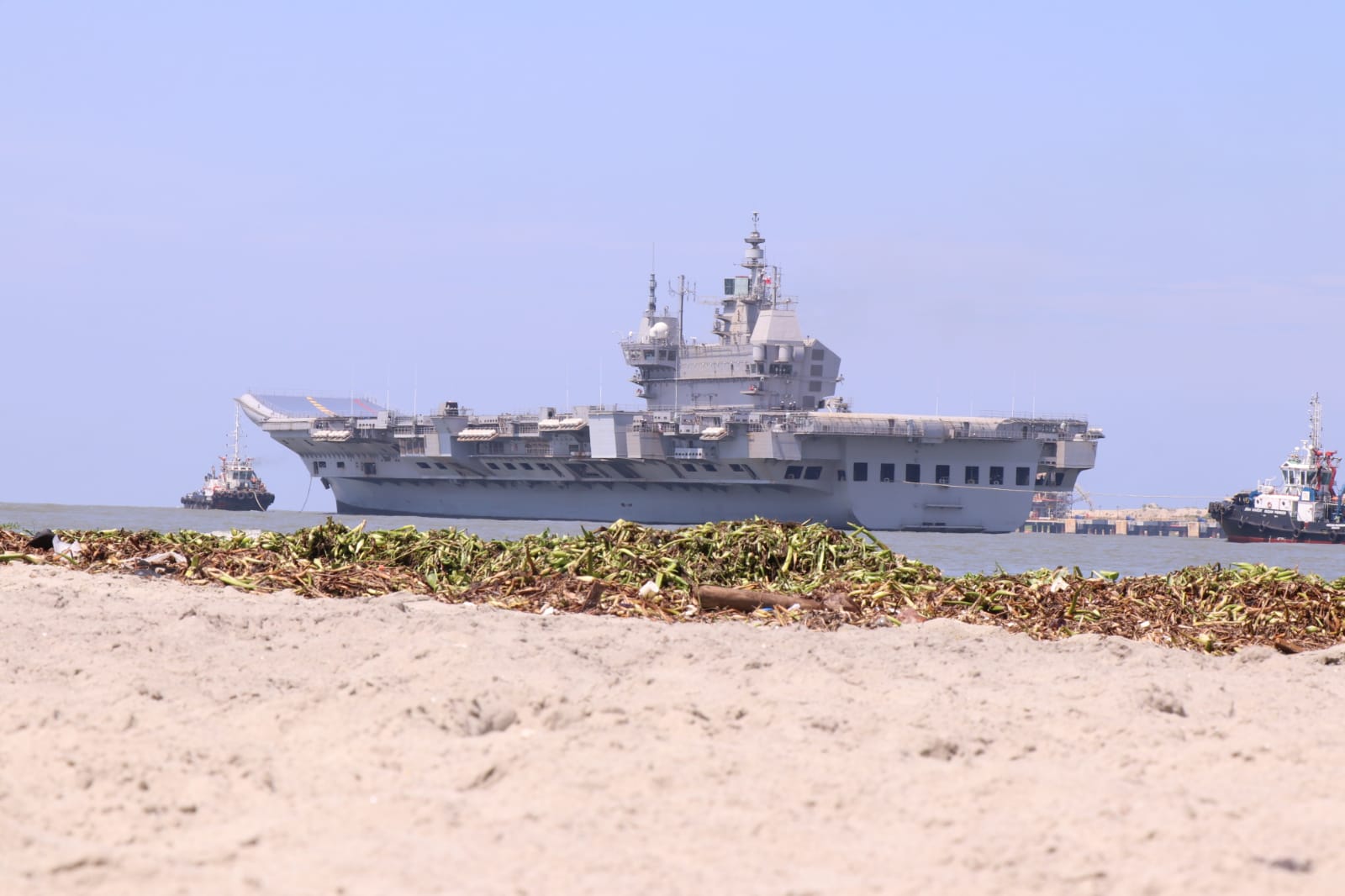 Indian Navy’s first indigenously developed aircraft carrier Vikrant sailed out for second sea trials on Sunday, the force said. Once successful, the carrier would further undergo a series of sea trials to prove all equipment and systems prior to its delivery in 2022.  The maiden sea trials of the aircraft carrier were conducted in August this year.

Indigenous Aircraft Carrier (IAC) Vikrant is designed by Indian Navy’s Directorate of Naval Design (DND) and is being built at Cochin Shipyard Limited (CSL), a Public Sector Shipyard under Ministry of Shipping (MoS).

The ship has over 2,300 compartments, designed for a crew of around 1700 people, having gender-sensitive accommodation spaces for women officers. 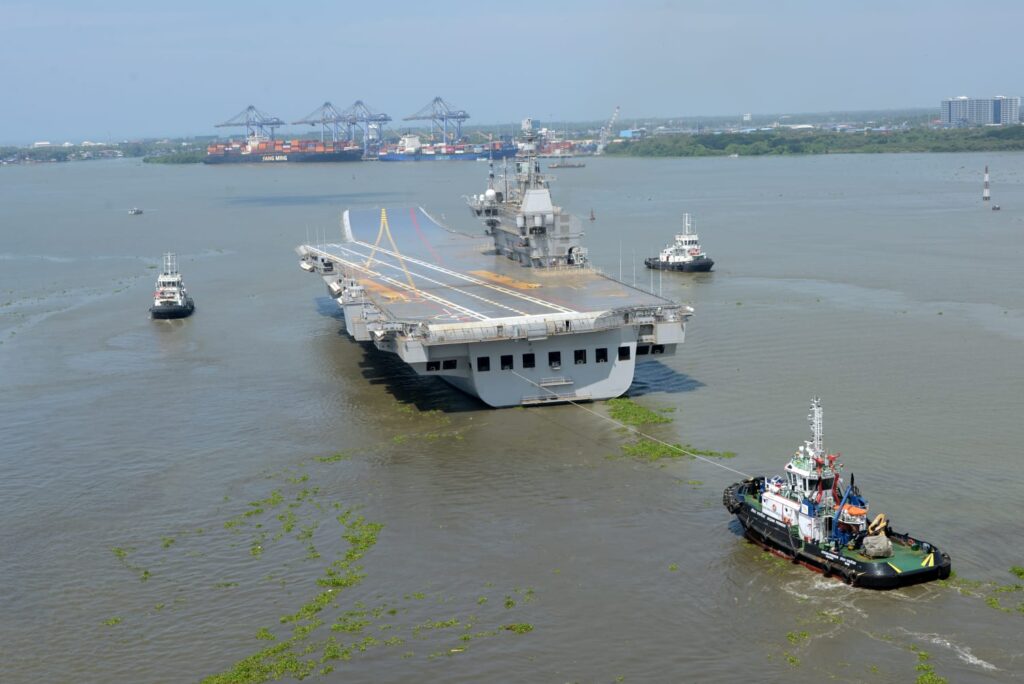 The ship with high degree of automation for machinery operation, ship navigation and survivability, has been designed to accommodate an assortment of fixed wing and rotary aircraft.

Vikarant is a leading example of the nation’s quest for ‘Atma Nirbhar Bharat’ (Self Reliant India) and ‘Make in India’ initiative, with more than 76 percent indigenous content.

During the maiden sailing, ship’s performance, including hull, main propulsion, Power Generation and Distribution (PGD) and auxiliary equipment were tested.

Back then trials, which were reviewed by Vice Admiral AK Chawla, Flag Officer Commanding-in-Chief Southern Naval Command on the last day; have progressed as planned and system parameters have been proved satisfactory.

Delivery of Vikrant is being targeted to coincide with celebrations to commemorate 75th anniversary of India’s independence Azadi Ka Amrit Mahotsav.

With the delivery of IAC, India would join a select group of nations with the capability to indigenously design and build an Aircraft Carrier and provides thrust to government’s ‘Make in India’ initiative.

“Delivery of IAC would also strengthen India’s position in the Indian Ocean Region (IOR) and its quest for a blue water Navy,” the force added.