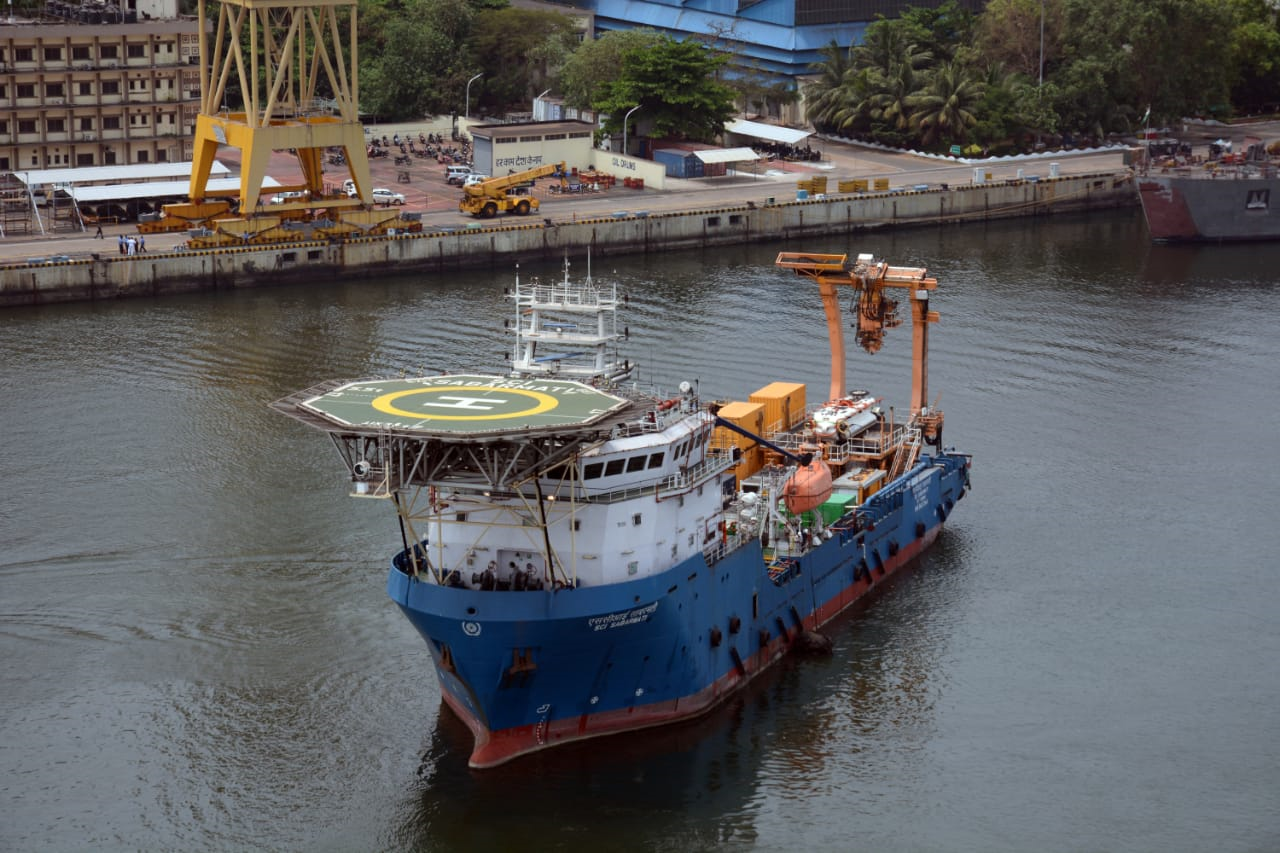 Indian Navy dispatched its Deep Submergence Rescue Vessel (DSRV) on Thursday to assist Indonesian Navy in search and rescue efforts for the Indonesian submarine KRI Nanggala which was reported missing on April 21, 2021.

On April 21, an alert was received by Indian Navy through International Submarine Escape and Rescue Liaison Office (ISMERLO), regarding the missing Indonesian submarine. The submarine was exercising in a location 25 miles North of Bali with a crew of 53 personnel. Indonesian Navy (Tentara Nasional Indonesia-Angkatan Laut) sought help from India, Singapore and Australia in search and rescue operations.

Submarine rescue is required to be undertaken when a submarine is reported to be missing or sunk and specialised equipment is required for underwater search to locate the disabled submarine and rescue the personnel who are trapped inside the submarine.

India is amongst the few countries in the world capable of undertaking Search and Rescue of a disabled submarine through a DSRV.

After the submarine is successfully located, another sub module of DSRV- the Submarine Rescue Vehicle (SRV) – mates with the submarine to rescue the trapped personnel. The SRV can also be used to provide emergency supplies to the submarine.

The two navies have been exercising regularly in the past and have developed synergy and interoperability which is considered important for the present mission.

Indonesian Defence Ministry had sought assistance from Australia, Singapore and India in search and rescue operation of the 44-year-old submarine, KRI Nanggala-402.

The submarine was conducting a torpedo drill in waters when it went missing. The contact with the vessel was lost at 4:30 am on Wednesday, Indonesia military said. The submarine was built to sustain pressure at a maximum depth of around 250 metres.

Indonesian Navy in a statement said, “It is possible that during static diving, a blackout occurred so control was lost and emergency procedures cannot be carried out and the ship falls to a depth of 600-700 metres.”

The missing submarine is a German-built in 1977, and joined the Indonesian fleet in 1981.

Never-seen-before offers on DIZO smartwatches and audio products; up for grabs during Flipkart Big Billion Days

Never-seen-before offers on DIZO smartwatches and audio products; up for grabs during Flipkart Big Billion Days