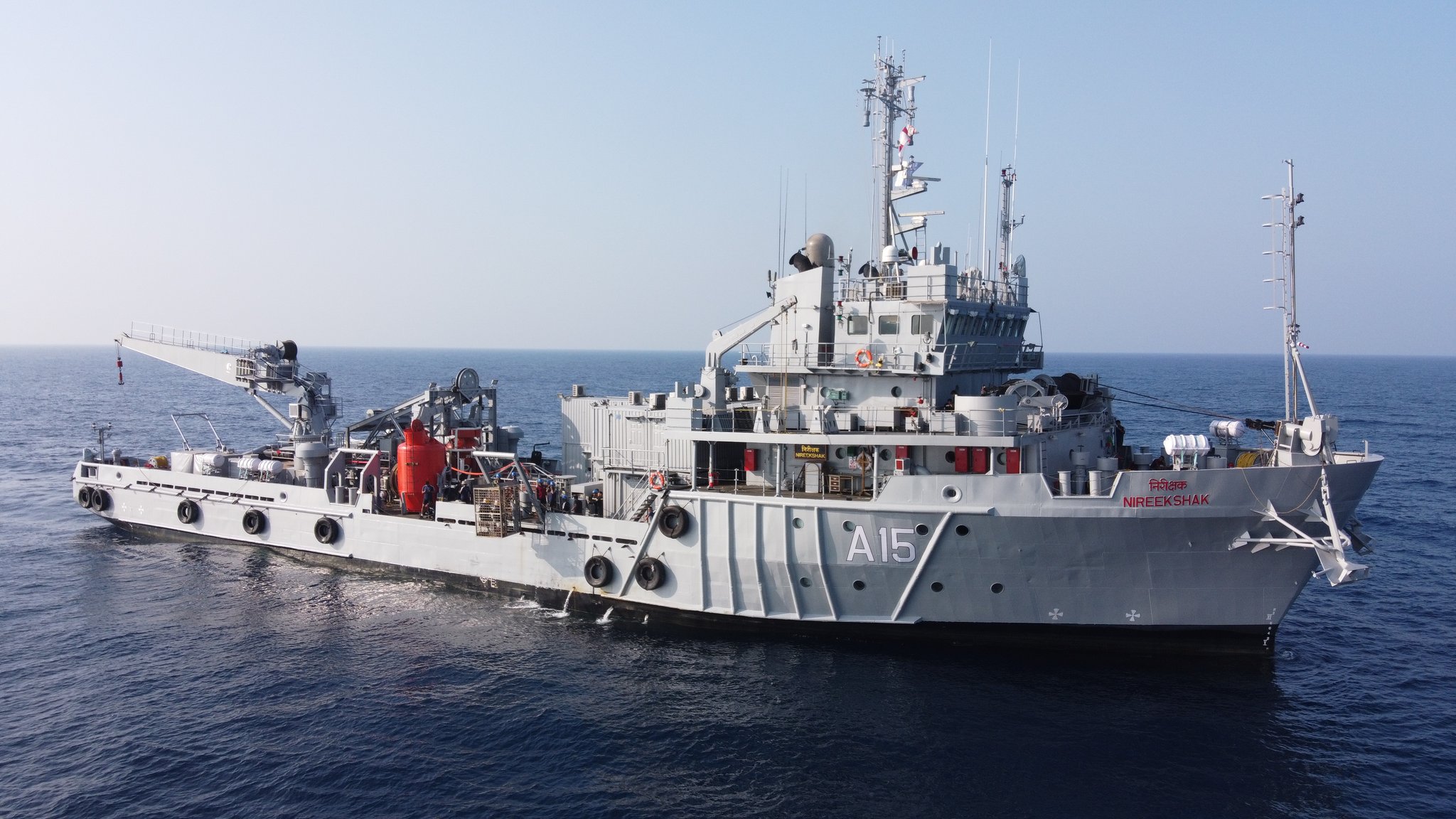 Indian Navy recovers three bodies of missing fishermen at sea off the coast of Mangalore in Karnataka on Friday and operation is on to locate six missing people.

Navy has deployed its surface and air assets for the Search and Rescue (SAR) of missing fishermen at sea off the coast of Mangalore.

“It was reported that an Indian Fishing Boat ‘IFB Rabah’ with 14 fishermen embarked had suffered a collision with a Singapore flag merchant ship ‘MV APL Le Havre’, 40 nautical miles west of Mangaluru at about 2 am on April 13, 2021,” Indian Navy said.

The boat IFB Rabah had set off from Beypore in Kozhikode district of Kerala Sunday evening,

The India Coast Guard (ICG) confirmed recuse of two crew members after an operation that began on Tuesday, the search for others continued till late night and is scheduled to continue on Wednesday as well. Thereafter, Indian Navy was roped in for search and rescue operation.

Indian Naval Ships along with naval aircraft from Goa were deployed in the area to augment search and rescue efforts of Coast Guard vessels.

While two rescued fishermen have been shifted to safety ashore, three bodies have been recovered thus far. The search is on for the remaining nine fishermen.

To assist in the rescue efforts INS Subhadra, a patrol vessel, was sailed from Karwar with a Diving Team embarked.

“Two specialist diving teams are undertaking snagline search in the area in an effort to locate the sunk fishing craft,” Indian Navy said.

Indian maritime forces rescue 314 in Arabian Sea, efforts on to trace others

Indian maritime forces rescue 314 in Arabian Sea, efforts on to trace others