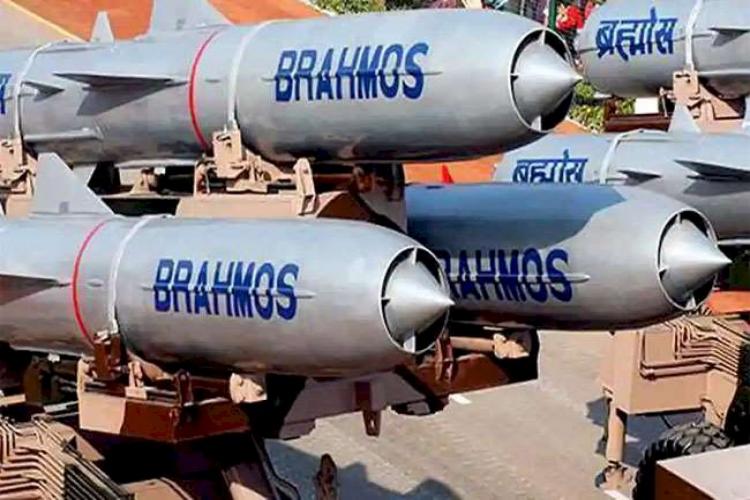 New Delhi-Defense Minister Rajnath Singh has laid the foundation stone of Hypersonic BrahMos Missile Unit and Defense Technology and Testing Center (DRDO) lab in Uttar Pradesh capital Lucknow. For the BrahMos unit to be set up here, the government has provided more than 80 hectares of land on a lease of just one rupee. The DRDO Lab near Amausi Airport will have the work of Defense Research and Development. DRDO is going to invest more than Rs 10 thousand crore in these two projects.

Let us inform that the BrahMos missile has been made available for all the three wings of the army. It has been successfully tested from naval warships to Sukhoi fighter aircraft of the Indian Air Force. This missile has been developed indigenously. It uses a ramjet engine, which increases its speed and makes the accuracy more lethal. For the Air Force, the range of this missile is also being increased from 500 km. One of its great features is that it cannot be caught by the enemy’s radar. India plans to deploy this missile in MiG-29, Tejas and Rafale in future as well. In the same month, the anti-ship version of the BrahMos supersonic cruise missile was successfully test-fired.
Let us tell you that the BrahMos missile is a joint project of Russia and India. In this Brah means ‘Brahmaputra’ and Mos means ‘Moskva’. This is a river in Russia. BrahMos is a supersonic cruise missile which is counted among the most dangerous missiles of the 21st century. The BrahMos missile can fly at a maximum speed of Mach 3.5 i.e. 4,300 km per hour. It can be launched from anywhere. The supersonic surface-to-air missile can hit targets up to 400 km away.
The first test of the BrahMos missile to be delivered to the Navy was done in 2013. This missile can be launched in water from a depth of 40 to 50 meters. These missiles included in the Air Force can fly much faster than sound up to a maximum altitude of 14,00 feet. The weight of the warhead varies according to its variants. It has a two-stage propulsion system and is fitted with a liquid fueled ramjet for supersonic cruise.
Indian Air Force’s Squadron No. 222 (Tigersharks) is the first squadron of the country to be equipped with BrahMos missile. This is the country’s first Su-30 MKI squadron in South India with its base at Thanjavur Air Force Station. The Army has hundreds of BrahMos missiles. The Navy has also deployed this missile on many warships, destroyers and frigates. Russia and India are continuously working to increase the range of this missile. A hypersonic cruise missile by the name of BrahMos-II will be able to fly at a speed of 8 Mach. Apart from this, BrahMos-NG (Next Generation) is being developed.
Photo-Social Media