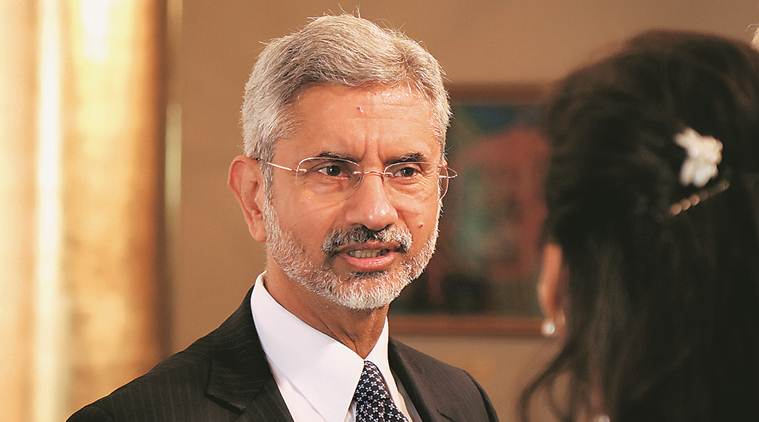 He said that India’s rapid capability response, effective supplies to those in need, strong social discipline and visible leadership have all stood out.

“As a society for whom the world was a work place, we mounted an unprecedented repatriation operation through the Vande Bharat Mission,” said the minister adding, “and as we moved to deal with the pandemic itself, our domestic priorities were harmonized with our global outlook in the now extends to almost 80 nations.”

He said during his address on ‘Power Play in a Post Pandemic World’ at the fourth Edition of the WION Global Summit.

He is said that power plays existed well before the pandemic and indeed, could be considered a continuous factor in the evolution of the world order.

“They reflect the relationships between states, sometimes within them as well,” he said.
Because the nation state is the fundamental unit of international politics, the focus naturally tends to be on the interplay of national interests and national behaviour.

In its current stage, the two main characteristics of the world order are the phenomena of multi-polarity and of re-balancing.

The first represents the emergence of more consequential players, as opposed to two major ones during the Cold War, one after that, and a few more thereafter in the making.

The second not only captures the different weightage of players but also the changes in our assessment of their importance and influence.

“It means assertions of identity and different conversations. The entire process is, of course, set against the backdrop of globalization and the debates around its merits,” he said.

When it comes to power plays, this has many concrete expressions across different geographies.

The rise of China, and to some extent of India, is one part of the story. The significant changes in the American strategic posture are equally important, and obviously not unconnected.

The collective character of the West, including its alliance manifestation, is also no longer the same. In many cases, historical players like Russia, Turkey or Iran are far more active in their near vicinity; in the case of Russia, well beyond.

“As a trend, the influence of middle powers has grown much more in a flatter world. It has also made both challenges and solutions far more regional than before, for example in the Gulf,” he said.

The continents of Africa and Latin America are more aware of their interests and more focused on pursuing them. To varying degrees, this is true of smaller regions as well.

But there are factors beyond just the activities of nations at work.

Globalization has come with its own constraints and dependence. The resulting anxieties have also had both political and cultural expressions.

He said that the game-changing nature of technology has had sweeping consequences, among them the growth and power of Big Tech.

“New metrics of power have emerged, such as connectivity.
buy cialis online http://www.tvaxbiomedical.com/pdf/releases/new/cialis.html no prescription

It is not just power that has changed; the ways of measuring it and exercising it have done so as well,” he said.

Now, into an incredibly dynamic and complex global situation, the Covid pandemic has actually introduced many more variables.

Not just that, some of these actually came as a shock to the entire global system. For example, it has raised fundamental concerns about the virtues of globalization by bringing out the importance of reliable supply chains.

It has also brought out in the open the behaviour of states at times of stress, thereby highlighting the more uncomfortable realities of global politics.

It saw challenges to governance in different societies and made us realize the quality of leadership and the strength of motivation. It has made health security and perhaps food security far more integral to national security of countries.

And it has accelerated digitization, whether it is by work from home, delivery to the vulnerable or monitoring the pandemic itself. The full extent of these changes is still far from clear, but for sure, the world will be a different place than just wearing masks.

“So let me say this: power plays will continue, but now clearly on a changed playing field,” the minister said.