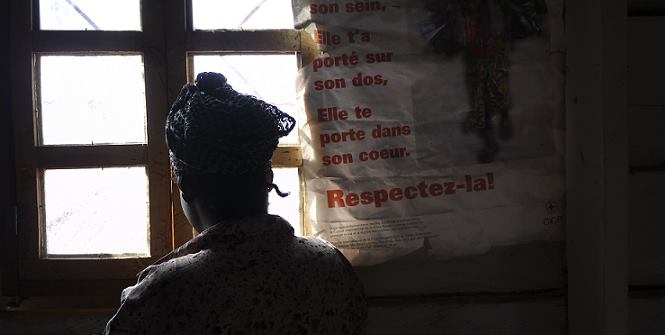 In 2020, the United Nations Organization Stabilization Mission in the Democratic Republic of the Congo (MONUSCO) documented 1,053 cases of conflict-related sexual violence, affecting 675 women, 370 girls, 3 men and 5 boys. Of these cases, 177 dated back to previous years.

The majority which is around 700 cases were attributed to non-state armed groups. State actors accounted for the remaining cases, 239 of which were attributed to the Armed Forces of the Democratic Republic of the Congo, 76 to the Congolese National Police and 38 to other State actors. Most of the cases perpetrated by the national police were documented in Kasai and Kasai Central Provinces, and over half of them affected minors.

Incidents occurred inside victims’ homes, in detention centres, in fields or in other isolated locations.

Sexual violence continued during military operations against armed groups, including in North Kivu and Ituri.

“After one family escaped an attack by an armed group on their village, the mother and daughter were raped by soldiers from the national armed forces who had been conducting operations against the assailants,” the report stated.

Armed groups continued to use sexual violence as a tactic to assert control over natural resources in North Kivu.

In the mining areas of North Kivu, Mai-Mai forces patriotiques populaires-armée du peuple, which were formerly part of Mai-Mai Mazembe, were implicated in patterns of sexual slavery.

In South Kivu, Mai-Mai and other militias carried out retaliatory attacks against civilians, resulting in mass displacement and exposing women and girls to sexual violence.

There were also renewed incursions by Mai-Mai Raia Mutomboki factions into mining areas during the reporting period.

In response, the second phase of the Shabunda action plan, designed to curb conflict-related sexual violence by bringing together the civilian and military components of MONUSCO, national authorities and non-governmental organizations, was launched.

In Ituri, assailants based in Djugu, in particular elements of Coopérative pour le développement du Congo (CODECO), committed acts of sexual violence, including rape and sexual slavery, against multiple women and one man.

Important progress was made in the fight against impunity. In November, former armed group commanders Ntabo Ntaberi Sheka and Serafin Lionso were convicted and sentenced to life imprisonment for war crimes, including rape and sexual slavery, committed between 2010 and 2017 in North Kivu.

However, court ordered reparations have yet to be paid. In the Kasais, judicial investigations into serious violations attributed to the armed forces between 2016 and 2019 confirmed the widespread use of sexual violence by the military during operations carried out in communities perceived to be supporting Kamuina Nsapu militias.

The United Nations continued to assist survivors, including through remote means: for example, it launched a helpline for victims of sexual and gender-based violence in August.

Collaboration continued between the United Nations and the Government.

In that context, a workshop was convened by the Special Adviser to the President on Youth and Violence against Women, with the support of MONUSCO, resulting in the endorsement of a road map aimed at implementing the 2019 addendum to the 2013 joint communiqué on addressing sexual violence in conflict.

Secretary-General welcomed the government’s efforts to address conflict-related sexual violence and stress the urgency of allocating adequate resources for the effective implementation of the addendum to the joint communiqué, as well as the action plans for the armed forces and the national police.

Secretary-General urged the authorities to establish a vetting mechanism to ensure that perpetrators of sexual violence are excluded from the security forces, to adopt pending legislation to protect victims and witnesses and to ensure the payment of reparations, through the establishment of a fund with dedicated resources.