Popular OTT Platform, Netflix, recently suffered a dive of 21% in its share values owing to its poor performance in the Indian sector. The massive slump cost Netflix investors a whopping loss of $45 billion in terms of market value. Naturally, the big boss, Co-Founder and CEO Reed Hastings is anguished and actively seeking answers to the conundrum.

Speaking during an investor call on January 20, Hastings said he was ‘frustrated’ over the slow growth of his company in India. He said, “In our experience in Brazil, it was brutal for the first couple of years. We thought we’d never break even. I know we’ve got this great business… The great news is that in every single other major market, we’ve got the flywheel spinning.” Going on, he added, “The thing that frustrates us is why we haven’t been more successful in India.” 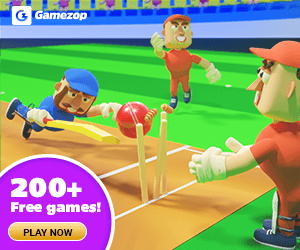 The streaming platform’s CFO Spencer Neumann, during the same call, said that it was tough for the company to locate the exact reason behind the non-recovery of its subscriber acquisition. While in 2021, Netflix could add just 18.2 million customers to its kitty, which was half of what it did in 2020, this year, during the first quarter of 2022, the said figure could be a dismal 2.5 million. Industry experts expect the current declining rate of growth to continue for another quarter at least.

Though CEO Hastings chose not to blame the rival streaming services, pinning the blame squarely on pandemic and a tough economic outlook, if only Hastings would listen to the Indian public, he would get to know that the problem lies elsewhere. Shubhangi Sharma, TFI Senior Editor, has commented, “Maybe the Netflix India team needs a little reshuffling. It’s ridiculous how out-of-touch their content is with the Indian people. They keep facing boycott calls as well. Indians are already keeping alternatives. It is not an easy market to woo while also peddling woke agenda.”

Comparatively, Mohandas Pai, former Infosys Director, was more direct as he said, “You insult the majority of Indians, hope to grow? Listen to your viewers.” Pai said it was the company’s clearly “anti-Hindu” content that was responsible for its slow growth story in India.

Meanwhile, the Twitterati didn’t hold back while blaming the streaming platform’s apparently ‘woke’ content for not striking a chord with the Indian viewers.

Netflix opened shop in India in 2016, making it the first global OTT platform to head east. After two years, the company started producing original content. This was when Hastings took a giant leap of faith by announcing its programming budget worth Rs. 2000 crores, to be spent in just two years, This move alone put Netflix in the middle of limelight because the budget was higher than the combined programming budgets of top 4 general entertainment networks of Hindi language. Despite “throwing money at every problem”, Netflix shows and films failed to earn an audience in India,

Netflix faces loss of subscribers first time in over a decade, plans to get cheaper?

Netflix faces loss of subscribers first time in over a decade, plans to get cheaper?