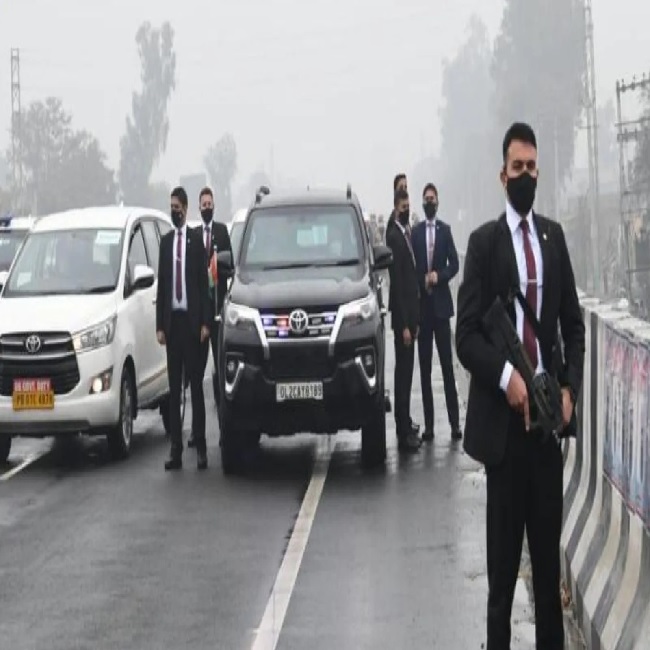 Speculations are rife in the national capital about the Union Government’s response to the massive security breach that left Prime Minister Narendra Modi stranded on a highway flyover in Ferozepur on Wednesday. PM Modi’s cavalcade was on the way to Hussainiwala village to pay homage to freedom fighters Bhagat Singh, Rajguru, and Sukhdev at the National Martyrs’ Memorial. He was also to address rally in Ferozepur where PM Modi was expected to announce developmental schemes worth thousands of crores.

Instead, he was stuck on the highway for a good 20 minutes because a group of protestors claiming to be farmers had blocked the road ahead and the security apparatus of the PM was unable to remove the protestors. Eventually, PM Modi had to cancel his Punjab visit altogether and return to the Bathinda airport from where he took the flight back to Delhi.

The former Punjab CM Captain Amarinder Singh has condemned yesterday’s incident and called upon PM Modi to impose President’s rule in Punjab, keeping in view the “poor law and order situation.” This has given rise to speculations that the Centre might take a step in this direction.

Meanwhile, security lapses during the visit are indicating a possible complicity on part of the Punjab police, going by the turn of events so far. The state government and state police, both have claimed that they were not ‘informed’ about the PM’s road visit. However, the Advanced Security Liaison (ASL), as is mandatory for every visit of the Prime Minister of India, was as usual conducted by the Special Protection Group (SPG) along with the state administration on January 1 and 2, 2022. During the ASL, the authorities had already discussed a contingency plan for the PM’s travel between Bathinda airport and Ferozepur. In fact, a contingency rehearsal for the road journey was also conducted on January 4, a day before PM Modi landed in Punjab.

Although the Union Home Ministry has sought a detailed report from Punjab Government, PM Modi visited President Ram Nath Kovind at Rashtrapati Bhavan on Thursday to give him the “first-hand account of the security breach.” The First Citizen of the country has already expressed his concern about this serious lapse in the prime minister’s visit.

The Punjab government, led by Chief Minister Charanjit Singh Channi, which has received flak from different quarters for yesterday’s security breach, has claimed that PM Modi had resorted to gimmicks like claiming security lapse because he knew his Ferozepur rally had thin attendance. Speaking at a public programme, CM Channi said, “The fact of the matter surrounding the Prime Minister going back without addressing the gathering was that barely 700 people turned up at rally site. This forced him to retrace his steps and later the blame was pinned on our government citing security threat to Mr. Modi. The truth is that five days before the scheduled rally, the SPG took over the landing spot, rally site and each security detail but later on the Prime Minister’s cavalcade suddenly took land route.”