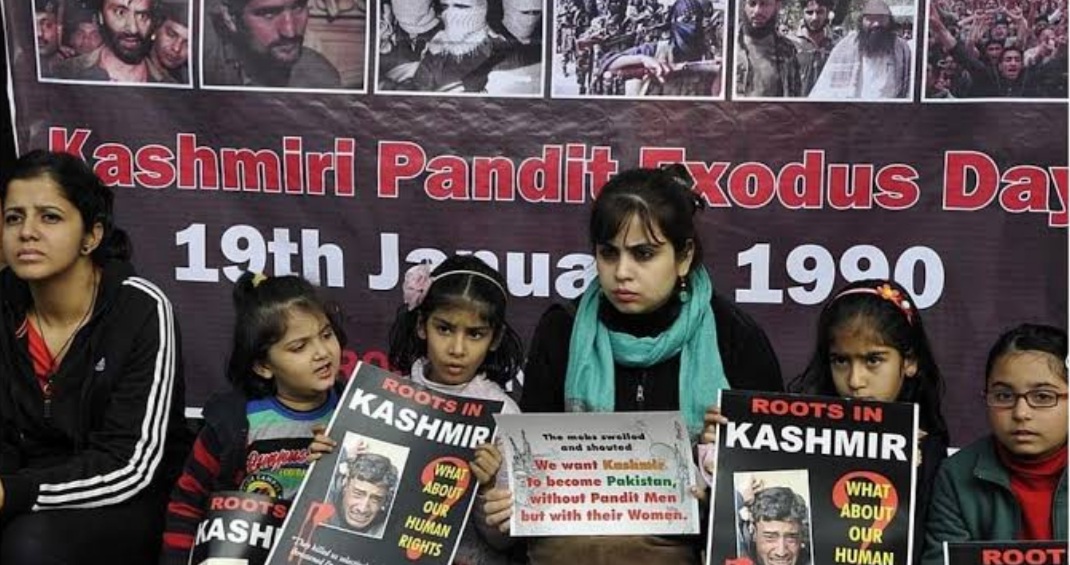 As the recently released movie “The Kashmir Files” roars its way to become a box office hit, as the lead actors of the film are appreciated for their stellar performances, as the politicians as usual slugfest over this sensitive issue, as the common man fights with his friends and relatives over this movie affecting his decades long friendships and relationships, as the perpetrators of this ghastly genocide roam free, it is one tiny section of Indians that is quietly watching all this happening from the side galleries and that is the Kashmiri Pandits.

By now every Indian is aware of the tragedy and trauma that befell the Kashmiri Pandits in the late 1980s and the early 1990s and how they were forced to leave their native homeland in Kashmir.

Since the time the Kashmiri Pandits were displaced from their homeland they have been helpless and homeless. As in any case of any genocide or riots, it is the victims of such crimes against humanity who have to fend for themselves and make a comeback in life. Minimal or no assistance is given to such affected people.

But since they left Kashmir, politicians cutting across party lines have milked them repeatedly for garnering votes and no stone has been left unturned to polarise and politicise this sensitive issue at the cost of the Kashmiri Pandits.

In Indian law there is no time limitation for filing criminal cases. It is high time that criminal cases are filed against the perpetrators of this ghastly genocide so that they are punished as per the laws of the land and the Kashmiri Pandits are settled back in their homeland.

Bertolt Brecht quote is deep and profound “The first time it was reported that our friends were being butchered there was a cry of horror. Then a hundred were butchered. But when a thousand were butchered and there was no end to butchery, a blanket of silence spread. When evil-doing comes like falling rain, nobody calls out “stop”. When crimes begin to pile up, they become invisible. When sufferings become unendurable the cries are no longer heard. The cries, too, fall like rain in summer”.

The Kashmiri Pandits have endured and cried enough.

We as a nation owe the Kashmiri Pandits justice.

The writer who retired from the Corps of Engineers of the Indian Army is an alumnus of NDA, Khadakwasla and IIT Kanpur. He is a M.Tech in Structures has also done MBA and LLB and is a prolific writer and a public speaker. He tweets at @JassiSodhi24. The views expressed are personal.