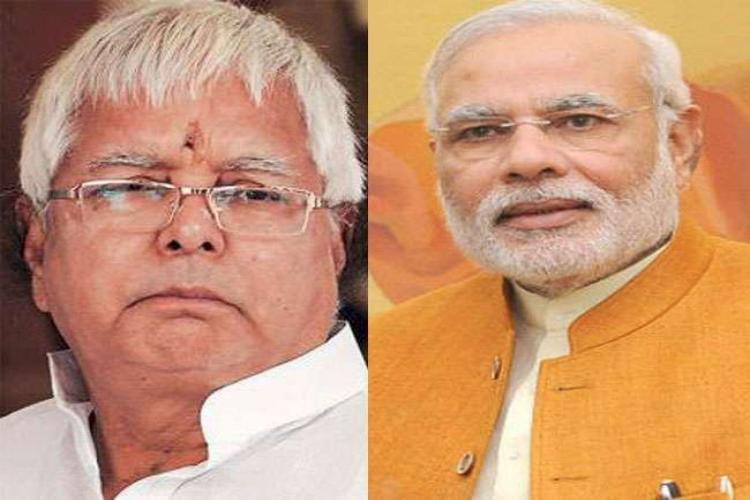 IDN CORRESPONDENT February 8, 2022
Updated on February 8, 2022 8:25 pm
Former Bihar Chief Minister Lalu Prasad Yadav has announced his return to active politics on Tuesday. Talking to the media before coming to Bihar from Delhi to attend the National Executive meeting of the Rashtriya Janata Dal (RJD), he has expressed the possibility of contesting the elections. He said that right now I am not allowed to contest elections from the court. I will come to Parliament after contesting elections as soon as I get permission. Whatever Prime Minister Narendra Modi keeps on speaking in the Lok Sabha, I will answer his words by reaching Parliament.
BJP will be wiped out in Uttar Pradesh.
Rashtriya Janata Dal (RJD) Lalu also attacked CM Yogi Adityanath over the Uttar Pradesh assembly elections to be held from this month. He said that the Chief Minister of UP is using a lot of abusive language during the election. It is clear from his words that he has become nervous. Lalu said that only abusing and abusing is left in Yogi’s statements. He said that it is clear that this time BJP is going to be wiped out in UP.
Give special status instead of central assistance
On the question related to making eldest son Tejashwi Yadav as RJD president, Lalu said that such things keep coming in the media. This is not an issue of the RJD’s national convention. We have made this point clear before. On the issue of special status, Lalu said that even after being together, JDU and BJP are not able to give special status to Bihar. Lalu said that BJP is misleading. The RJD supremo said that the Center is shunning the issue of giving money for various items of Bihar. Bihar does not need such help. Instead, special status should be given.