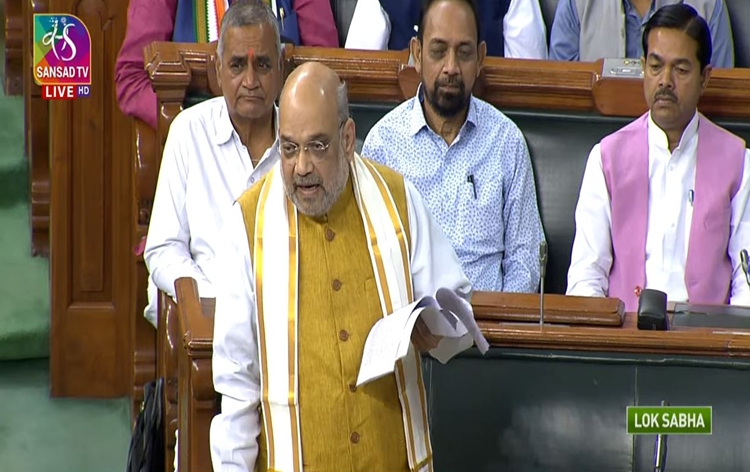 Lok Sabha has taken up the Criminal Procedure (Identification) Bill, 2022 for consideration and passing. The bill seeks to authorise for taking measurements of convicts and other persons for the purposes of identification and investigation in criminal matters and to preserve records. It provides for legal sanction for taking appropriate body measurements of persons who are required to give such measurements which include finger-impressions, palm-print and foot-print impressions, photographs, iris and retina scan, physical, biological samples and their analysis among others. It will make the investigation of crime more efficient and expeditious and will also help in increasing the conviction rate.

The legislation also empowers the National Crime Records Bureau of India to collect, store and preserve the record of measurements and for sharing, dissemination, destruction and disposal of records. The bill provides for empowering police or prison officers to take measurements of any person who resists or refuses to give measurements. The bill was moved by Union Home Minister Amit Shah in the Lok Sabha. Mr Shah said, the bill will replace the Identification of Prisoners Act, 1920 and would strengthen collection of evidence and further help the investigation. He informed that the government has held extensive discussion with states before putting forth the bill. Mr Shah asked the members to not look into the bill in isolation but along with the upcoming Prison Act Manual.

Initiating the discussion on the bill, Manish Tewari of Congress raised questions over the intentions of the bill and demanded for referring it to the Standing Committee for wider consultations. He stressed that the government should come out with this bill by making improvements after holding consultations with the civil society groups. DMK member Dayanaidhi Maran said that the bill should be sent to the Standing Committee. Vishnu Dayal Ram of BJP said that this legislation should be seen beyond politics. He said, the legislation when passed will help the investigating officers to increase the conviction rate.

NCP member Supriya Sule said that her party supports the bill, but has concerns against some provisions of it. BSP member Danish Ali alleged that the bill gives immense liberty to police who can collect data related to the common man and nobody is responsible for the security of that particular data. Opposing the bill, Congress member Gaurav Gogoi said that no assurance has been given by the government that the provisions of the bill will not be abused. Speaking in support of the bill, BJP member Dr Satyapal Singh said that presently the conviction rate in India is only 14 per cent and many accused walked away on account of lack of evidence. He said that this bill will not only help in collecting evidence and conducting the scientific investigation but will also safeguard human rights.