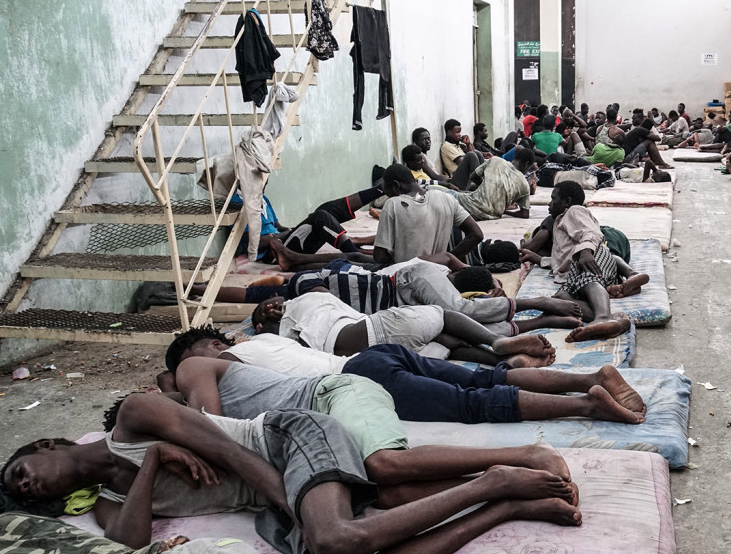 The migration crisis, the fragmentation of armed groups and the proliferation of illicit arms and ammunition persist in Libya despite signing of a ceasefire agreement on October 23, 2020, a an important step towards ending the conflict in the country, United Nations said in its report.

The signing of a ceasefire gave an opportunity to prevent further violations against civilians in the country.

The Report of the Secretary-General on conflict-related sexual violence states that despite this positive development, the migration crisis, the fragmentation of armed groups and the proliferation of illicit arms and ammunition persist.

The climate of insecurity has allowed transnational smugglers, traffickers and armed groups to perpetrate rape, sexual harassment of detainees and trafficking of migrants and asylum seekers with impunity.

State actors, including corrections officials, have also been implicated.

The United Nations Support Mission in Libya (UNSMIL) verified 27 cases of conflict-related sexual violence, including rape, sexual exploitation and forced prostitution, perpetrated against 23 women, 3 men and 1 girl, all of whom were migrants or asylum seekers.

“Underreporting remains a challenge, stemming from a fear of reprisals, intimidation, stigma and social norms related to honour and shame, factors that led the family of a girl who had been gang raped by four armed men in Tripoli to decide against lodging a complaint,” the report stated.

UNSMIL received credible accounts of sexual violence that could not be verified owing to the fear of retaliation, including an account of the rape of two women in Benghazi. In April, the Ninth Brigade of the Libyan National Army (known as “Kaniyat”) abducted seven women and three children; the whereabouts of the abductees remain unknown.

In 2020, several factors, including the volatile security situation, the outbreak of Covid-19 and the denial of access to detention facilities, restricted monitoring.

At the Mitiga prison, which is under the control of the Ministry of Interior, two women detainees were stripped by male Special Deterrence Force members and raped.

At least three Libyan men held in detention were sexually abused by Government officials during interrogation. UNSMIL also documented the rape of a man detained by the armed group known as Nawasi brigade in Tripoli, allegedly in retaliation for political activity.

Migrants and asylum seekers reported having been subjected to sexual violence by traffickers, smugglers and armed men. Some migrants were sexually abused by corrections officers in detention centres run by the Department for Combating Illegal Migration.

In May, UNSMIL documented two incidents of kidnapping and rape, including gang rape by armed men, of asylum seekers from the Sudan and Eritrea, one of whom was three months pregnant.

In June, UNSMIL announced the establishment of monitoring, analysis and reporting arrangements on conflict-related sexual violence, and in September, the Security Council adopted resolution 2542 (2020), in which it called for the deployment of women’s protection advisers.

In order to strengthen national capacity to address these crimes, a virtual training programme was provided for six judges, including five women, who had been appointed to newly established special courts on violence against women and children.

Secretary-General urged the authorities to grant humanitarian access to detention facilities and to put in place measures to protect detainees, including migrants and asylum seekers, from sexual violence, and assist those who have suffered abuse. Secretary-General reiterated call to the Libyan authorities to adopt anti-trafficking legislation and, with United Nations support, to strengthen its rule of law institutions in order to ensure that allegations of sexual violence can be effectively investigated and prosecuted.