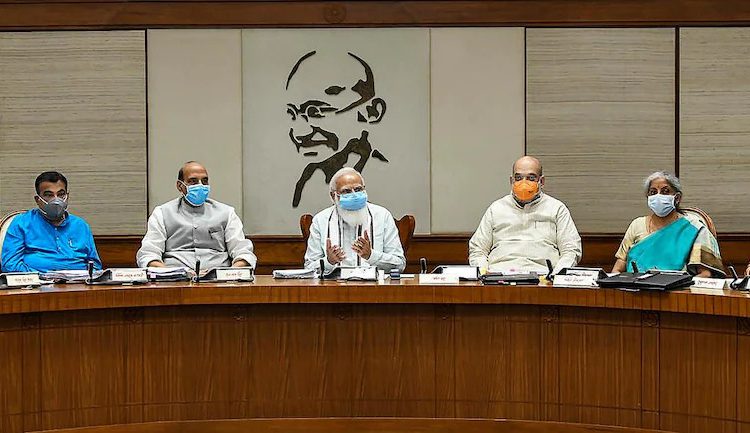 The Union Cabinet, on Wednesday, cleared the proposal to raise the minimum marriage age of women in India from 18 to 21.

In a much-needed move, the Union Cabinet led by Prime Minister Narendra Modi, on Wednesday, cleared the proposal to raise the minimum marriage of women in the country from 18 to 21. At present, in India, the legal minimum age for women is 18 while for men, it is 21. The Modi-led Union Government will now bring fresh amendments in the Prohibition of Child Marriage Act, Special Marriage Act, and Hindu Marriage Act to implement the cleared proposal.

The much-awaited move comes a year after Prime Minister Narendra Modi, on the occasion of Independence Day, from the Red Fort, hinted at raising the minimum marriage for women in the country. As per top sources in the government, the proposal was recommended by Jaya Jaitley who is heading the task force in the Niti Aayog. Renowned Pediatrician VK Paul was also a part of the task force. Apart from them, the secretaries from the Department of Health and Family Welfare, Women and Child Development, Higher Education, School Education and Literacy Mission and the Ministry of Justice and Law were also a part of the task force.

Jaya Jaitley, commenting on the development said that Women empowerment and not population control was the aim. She further added that “I want to make clear that our reasoning behind the recommendation was never one of population control. Recent data released by NFHS 5 (National Family Health Survey) have already shown that the Total Fertility Rate is decreasing and the population is under control. The idea behind it (the recommendation) is the empowerment of women.”

The task force that was constituted in June 2020 has submitted its finding in December 2020. The report suggested that the minimum age of women at the time of giving birth to their first child should be 21. The report also suggested that delay in marriage has a plethora of positive impacts on society and the health of families, women, and children.

Merck Foundation Marks International Women Day Through Their Three Programs More Than a Mother, STEM Program for Women, and Educating Linda in Africa and Asia