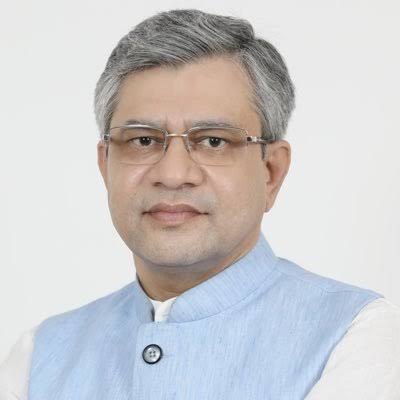 In a first, Union Railway Minister Ashwini Vaishnaw called upon young officers in the Indian Railways to come up with ideas about how things should be run in the Ministry, which manages the fourth-largest railway network in the world. The Minister asked the young Railway officers to put on their thinking caps and envisage what the future should look like.

Vaishnaw was talking to a group of young officers on board the MR special window-trailing train while on an inspection visit to the Delhi-Rewari section on Sunday, when he asked them for motivational ideas about the working within the department. He exhorted, “You all have to decide who will run the railways and what would be its future.”

In a bid to motivate the incumbents, Vaishnaw told the accompanying officers to keep looking for new ideas of lowering the cost of railway facilities so as to attain sustainability of the services while keeping train travel affordable for Indians.

In fact, the Union Minister told the officers, “Start thinking from right now that when you become the chairman, member or go on to higher posts in the railway board in future, how would you like to see the railways being run.”

Vaishnaw’s message was further circulated for wider perusal through a Whatsapp group as well.