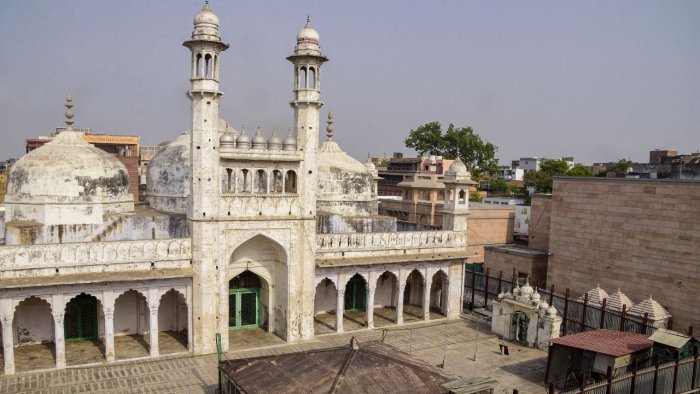 Nations who fail to record their history truthfully, live to regret their mistakes. Currently many nations are falsifying their history and will face the perilous consequences, write Dr. Smita Pandey, V.S.Pandey

The current debate on the Gyanvapi masjid survey ordered by the local Varanasi court needs to be examined as it throws up many questions but no answers. Every nation has a history of its own and has to live with it. Recorded human history has been a narrative of the victors actions only whereas the vanquished were made to disappear not only from the scene then but subsequently from history’s pages too. Hence we must as EHCarr advised Study the historian before we study the facts as every account is written in the social context of its time . What happened in every era ? The history of mankind followed the same trajectory globally -bitterly contested wars in which potentates were sometimes the victor, sometimes the vanquished and loot, pillage ,bloodshed ,appropriation, conversion and reshaping the landscape to commemorate their victories was the norm universally. History repeated itself, was dubbed cyclical and the victor always created a onesided narrative glorifying his exploits.

This rich history , according to one of the greatest minds of our times , Albert Einstein is all about “Learn from yesterday, live for today, hope for tomorrow. The important thing is not to stop questioning.” History, as written by historians, needs to be questioned and true facts need to be culled from several falsehoods and should be recorded as truthfully as possible. History’s authenticity and credibility will emerge from honest analysis and logic. The problem with history is that being written by contemporaries ,it often lacks objectivity. So history is based on a particular historian’s grasp of the available evidence, facts and materials , his clinical analysis, and his unbiased presentation. Ultimately history should be a truthful record of events as and when they occurred. Who won, who lost , who was victor , who vanquished, who looted , who got plundered, needs to be recorded objectively, irrespective of the faith or religion or nationality of the characters involved. History should not be visualized or recorded or revised from the tinted lens of the historian and their personal preferences and prejudices , whatever they may be . Nations who fail to record their history truthfully, live to regret their mistakes. Currently many nations are falsifying their history and will face the perilous consequences.

Truthfulness is the basic foundational virtue of civilisation. It is not only critical to history as a subject but determines the future of people , nations, civilisations in every era. Hitler’s Nazification of Germany and compelling her to commence the Second World War by deceiving the populace through brazen untruths is a salutary example of what falsification of History led to . More recently, the American invasion of Iraq for purportedly restoring Democracy or the current war in Ukraine to fulfil Putin’s agenda are all imperial games being played out to fulfil selfish and sinister ends.

Wisdom lies in bringing the truth to the fore , recording events as they happen but people, societies and nations have no option but to suffer events and the maze of different narratives built up around them. History has to be extracted by digging and unearthing real facts. The victors today maybe the vanquished tomorrow- so those who rule need to heed the inevitability of change in fortunes sooner or later. Wise people learn this lesson from history, but fools are bound to ignore the reality of transient fortunes of the people who rule. How many flourishing civilizations of the past just vanished without any trace, and now archeologists have to dig hundreds of meters deep to have even a glimpse of their greatness. Such is the history of many kings and empires. Every potentate tried to immortalise himself but had to pass the “baton of rule” to others willingly or unwillingly and fade into oblivion, .

Renowned German philosopher and the father of modern philosophy, Hegel wrote “Rulers, Statesmen, Nations, are wont to be emphatically commended to the teaching which experience offers in history. But what experience and history teach is this, that people and governments never have learned anything from history, or acted on principles deduced from it. Each period is involved in such peculiar circumstances, exhibits a condition of things so strictly idiosyncratic, that its conduct must be regulated by considerations connected with itself, and itself alone.”

It would be in the best interest of every nation, including ours, to make a sincere effort to ensure that we learn from our rich history and we record it in an honest and unbiased manner, without concealing any facts . History should neither be imperial nor Oriental, nor pro left or anti left. It should neither be “saffronised” nor “secularised”. It should be truthfully written for what it is – often kings and rulers were fighting bloody battles for either survival or self aggrandisement. It should also be brought out clearly that those we are perceiving as so called aggressors today, invaded and established huge empires in the medieval era, and then settled permanently here for centuries, becoming an integral part of our pluralistic culture . Akbar was one such Great ruler whose syncretism had antagonised the ulema/ clergy to revolt against him. He is a template for tolerance even today. In 1857, during the first war of Indian independence. our nation was fiercely battling to expel the firangis and striving to establish a “Hindustan’’ of Hindus and Muslims under Bahadur Shah Zafar whom they were able to temporarily make the Emperor. The British unleashed their might and defeated our bravehearts. They made Divide and Rule an integral part of their policy to emasculate us. History is resonating and replete with nefarious agendas of victors to consolidate their power. We, the people, should heed History and not be subsumed by these agendas.

We should also remember that in the pre British era , we had a quarter share of the world’s GDP for centuries but it was the colonial rule which impoverished us so completely that even today our share in world GDP is less than three percent. We must realise that our History of progress and prosperity lies in working unitedly and not demonising the Other. The evils of History have always resulted from the narratives set by ruthless, hegemonic , bigoted and unprincipled leaders/victors.

(Noida-based Dr. Smita Pandey is scholar of history and V.S.Pandey is former Secretary Government of India)