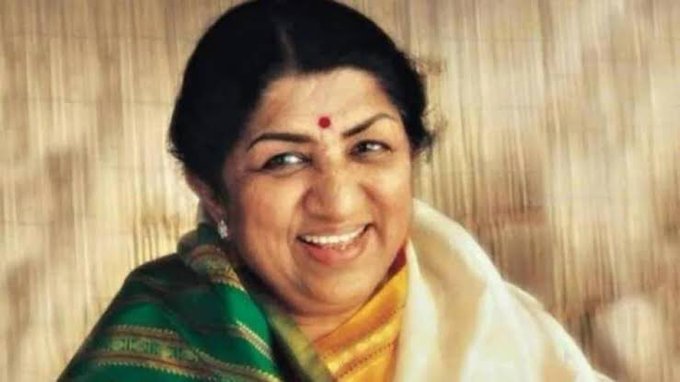 New Delhi-Two-day national mourning will be observed in memory of Lata Mangeshkar who died today in Mumbai’s Breach Candy Hospital, the government said. The funeral will be held this evening at 6.30 pm with full state honours.

As a mark of respect for the legendary singer par excellence, the national flag will fly at half-mast for two days.

Called the Nightingale of India, Lata Mangeshkar was admitted to the hospital in January with Covid-19 and pneumonia. On January 8, the 92-year-old singer was taken to intensive care unit. Even after recovering from Covid, she was put on ventilator support after her condition worsened on Saturday.

Daughter of Pandit Deenanath Mangeshkar and Shevanti Mangeshkar, Lata Mangeshkar was born on September 28, 1929 in Indore in Madhya Pradesh. She started her career at the early age of 13 after the death of her father as she had to look after her mother and four siblings.

Her father played a monumental role as an early influence on the budding singer being a well-known Marathi musician and theatre artiste himself.

In her unmatched career during which she sang in more than 1,000 movies, Lata Mangeshkar became one of the most acclaimed playback singers of Bollywood.

Prime Minister Narendra Modi mourned the loss of the Bharat Ratna awardee saying, “Coming generations will remember her as a stalwart of Indian culture, whose melodious voice had an unparalleled ability to mesmerise people.”

“Lata Didi’s songs brought out a variety of emotions. She closely witnessed the transitions of the Indian film world for decades. Beyond films, she was always passionate about India’s growth. She always wanted to see a strong and developed India,” PM Modi wrote in a series of tweets.

“The kind and caring Lata Didi has left us. She leaves a void in our nation that cannot be filled.”

“I am anguished beyond words,” he added.

To Lata Mangeshkar, From Rahman, Shreya Ghoshal And Others From Music World

“She Was A Blessing To Humanity”: PM To Attend Lata Mangeshkar’s Funeral

The renowned singer died at 8.12 a.m., according to hospital officials. Her body is currently being transported to Shivaji Park, where it will be maintained for public homage.

N Santhanam, Chief Executive Officer of Breach Candy Hospital, said, “She came and got admitted as a Covid patient. Covid was treated, but due to post-Covid complications she passed away.”

After being diagnosed with pneumonia and testing positive for the coronavirus disease in January, the Bharat Ratna awardee was admitted to the hospital. She had been on a ventilator for weeks before being taken off on January 28, when she began to show signs of improvement. Late Saturday night, her sister Asha Bhosle and actor Shraddha Kapoor paid a visit to the hospital to see the ill singer.

'Strokes of Harmony', a coffee table book on paintings by singer Usha Mangeshkar and the Mangeshkar family released in Mumbai

'Strokes of Harmony', a coffee table book on paintings by singer Usha Mangeshkar and the Mangeshkar family released in Mumbai