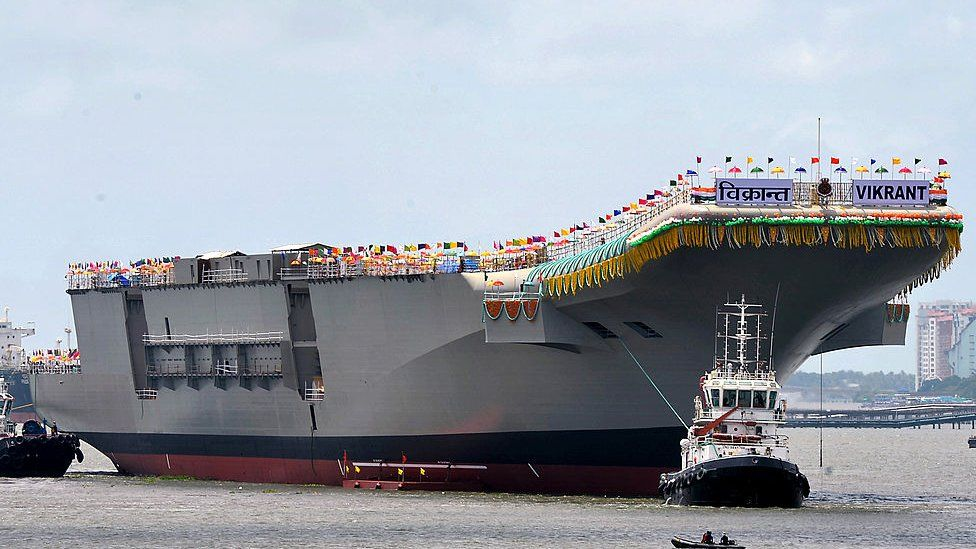 There will be a significant number of female Navy troops stationed there when the Vikrant descended to defend our maritime zone. With the immense power of the ocean and the boundless female power, it becomes the noble identity of New India. “Now, the Indian Navy has decided to open all its branches to women. The restrictions that were there, now they are being removed. Just as there are no boundaries for strong waves, there will be no boundaries or limits for the daughters of India,” says PM Modi.

Rajnath Singh declares that “Create for the World” is our mission.

“We want to make items for people all throughout the world, not only those in India. Exports worth more than $400 billion in the last year are proof of that,” says Defense Minister Rajnath Singh.

“As we get closer to having an economy worth $5 trillion, our share in global trade will increase. If the share of global trade increases, then a large part will inevitably go by sea,” he said.

“We favor a liberated, inclusive, and open Indo-Pacific. In this regard, our efforts are guided by the Prime Minister’s vision of ‘SAGAR’, i.e. Security and Development for All in the Region, proclaims the defence minister.

INS Vikrant is an outstanding symbol of a self-reliant India: Rajnath Singh

“The commissioning of INS Vikrant at the beginning of “Amritkal” demonstrates our steadfast commitment to defending the country for the ensuing 25 years. INS Vikrant is a remarkable and ambitious representation of a self-sufficient India, “says Rajnath Singh, the minister of defense.

You’re all familiar with the Navy saying, ‘ancient ships never die. This new avatar of Vikrant who played a starring role in the 1971 war is a humble tribute to our freedom fighters, and brave soldiers along with the success of ‘Amrit-Kaal‘, supplies. 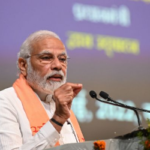 The commissioning of INS Vikrant shows that our efforts to create an “Independent India” is successful “is a common objective. It plays a crucial role in the enormous transformation that India is undergoing under the leadership of the Honorable Prime Minister “Added he. says the minister of defense.

Indigenous Aircraft Carrier IAC Vikrant the largest & most complex warship ever built in the maritime history of #India, named after her illustrious predecessor, India’s first Aircraft Carrier which played a vital role in the 1971 war is all set to be commissioned#INSVikrant pic.twitter.com/FeUczItdDS

Indigenous Aircraft Carrier IAC Vikrant the largest & most complex warship ever built in the maritime history of #India, named after her illustrious predecessor, India’s first Aircraft Carrier which played a vital role in the 1971 war is all set to be commissioned