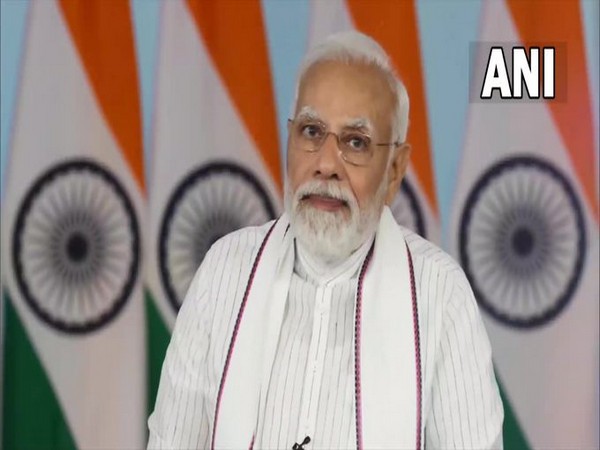 New Delhi [India], May 13 (ANI): Attacking Congress, Prime Minister Narendra Modi on Friday said that about a decade was lost “in nepotism, policy paralysis and scams” and the BJP-led government restored faith in the innovation strength of the youth and created a conducive ecosystem for the growth of startups.

“In India, there was always eagerness to do something new. We have experienced it during our IT revolution. The need was to channelize the atmosphere created by it, a direction should have been given but this did not happen. We have seen that around one decade was lost in nepotism, policy paralysis and scams. This destroyed dreams of a generation in one decade. Our youth have ideas, were eager for innovation but they were left confused due to the lack of clear policies of previous governments,” he said.

The Prime Minister said that the BJP-led government, after taking over in 2014, revived the spirit of innovation in India’s youth.

“After 2014, we revived the spirit of innovation in India’s youth. We focused on ‘idea, innovation and industry’. First, we invested in infrastructure and reduced compliances and promoted a broader, innovative mindset. We worked on different fronts and organised Hackathons,” he said.

PM Modi said that the startups in the country were not limited to metro cities.

“In 2014, there were only 300-400 startups but today after eight years, we have 70,000 recognized startups, and we’re third largest ecosystem. These startups are not limited to only metro cities. Around 50 per cent startups are in Tier 2-3 cities,” he said. He said that every 7-8 days a new unicorn is made in this country.

Noting that the country’s development is getting new momentum by the energy of youth, he said there is a proactive startup policy and there is an equally diligent startup leadership in the country.

He mentioned that in the short period of eight years, the startup story of the country has undergone a massive transformation.

PM Modi said the concept of startup was discussed among a few people eight years ago and has now become a part of the discussion among the common people. He said that this change is a result of a well-thought-out strategy.

PM Modi referred to a three-pronged approach to push the sector by creating a roadmap ranging from idea to innovation to industry.

The first part of this strategy, he said, was the notion of “idea, innovate, incubate and industry” and institutions related to these processes were created and strengthened.

“Second, ease of government regulations. Third, change in mindset for innovation by creating a new ecosystem. Keeping this in mind, steps like hackathons were taken. Fifteen lakh talented youngsters have been involved in this hackathon movement creating an ecosystem for start-ups,” he said.

The Prime Minister said that the launch of Start-Up India seven years ago was a big step in turning ideas into innovation and taking them to industry.

He said reforms carried out in the sectors such as space, mapping and drones were are opening new opportunities for the startups.

PM Modi said the government is giving a big push for the gaming industry and toy industry.. He also informed that more than 800 Indian startups are involved in the sports sector.

“We have to provide new momentum and height to India’s success. Today India is the fastest-growing economy among the G-20 economies,” he said.

India has created a new record by doing merchandise exports worth 470 billion dollars this year.

PM Modi said these facts make every Indian proud and generate a belief that India’s growth story will move forward with new energy in this decade.

“Our efforts in the Amrit Kaal will set the direction of the country and we will fulfil the aspirations of the country with our collective endeavour,” he said. (ANI)