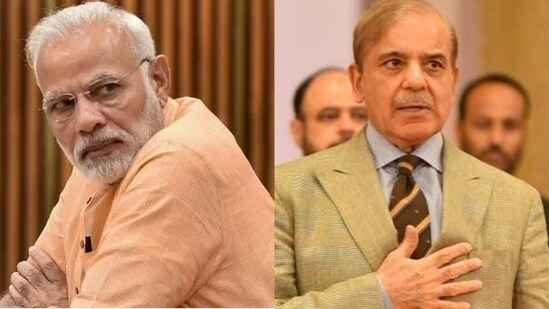 Neither India nor the back channel offered flood relief, but then Prime Minister Shehbaz Sharif combined it with Kashmiri propaganda to placate home-grown radicals and score points over political rivals.

A simple empathetic tweet by Prime Minister Narendra Modi on the devastation caused by floods in Pakistan triggered an irrational response by Prime Minister Shehbaz Sharif to score points against his political arch-rival Imran Khan Niazi and appease the domestic audience over dreams of Jammu and Kashmir.

While the top levels of the Narendra Modi government confirmed that India had not offered any aid or food exports to Pakistan after more than 1,000 people were killed in the floods, Prime Minister Shehbaz Sharif linked the non-existent offer with the usual Kashmiri propaganda including abrogation of Article 370 and 35 A and the right minorities.

On Monday, Prime Minister Modi took to Twitter to say he was saddened to see the devastation caused by the floods in Pakistan and expressed his condolences while expressing hope for an early normalization. Afterward, Pakistan’s Finance Minister Miftah Ismail suo moto said his country might consider importing vegetables and other food from India to help people cope with widespread crop destruction in flash floods. It was after this statement that Prime Minister Shehbaz Sharif unilaterally lashed out against the Narendra Modi government with the usual laundry list Despite there is no offer from Pakistan, Prime Minister Sharif used Kashmiri propaganda to appease his home voters with the general elections due next year and PTI. Chief Imran Khan is waging a real street fight with the current regime.

The fact is that since the 2016 attack by Bahawalpur-based Jaish-e-Mohammed terrorists on the Pathankot airbase, there has been no political backchannel between the Modi government and the government of Pakistan. There is the operational liaison between the security forces and security agencies to the extent of preventing any flare-up or cross-border firing along the entire international border.