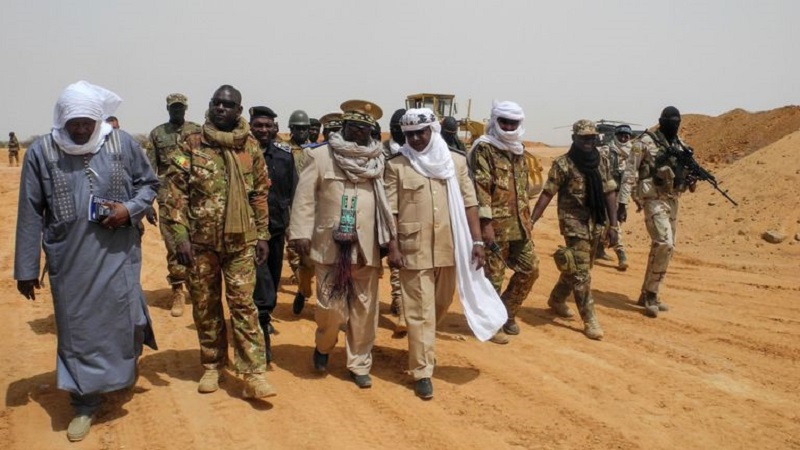 Mali experienced political upheaval and escalating security concerns, which exacerbated trends of conflict-related sexual violence, in particular in the northern and central regions in 2020, United Nations said in its report.

Following the coup d’état of August 18, 2020, there was a spike in the number of cases of conflict-related sexual violence, despite underreporting owing to stigma, insecurity and the constraints placed on humanitarian access, compounded by pandemic-related restrictions, the Report of the Secretary-General on conflict-related sexual violence stated.

The Malian Defence and Security Forces were also implicated. The incidents occurred in Gao, Kayes, Ménaka, Mopti, Ségou and Timbuktu Regions and included cases of gang rape, forced marriage, abduction and sexual slavery.
Humanitarian service providers registered 1,020 cases affecting 510 women, 489 girls, 15 boys and 6 men, as well as 68 cases of children conceived as a result of rape. These violations occurred in a context of structural gender inequality and harmful social norms, with 89 per cent of women and girls between 15 and 49 years of age having undergone female genital mutilation, and over 50 per cent having been married before the age of 18.

The United Nations continued to support the Government in developing a protective legal environment for women. The current draft of the penal code now covers conflict-related sexual violence crimes.

Since 2017, the Ministry for the Advancement of Women, Children and the Family, in collaboration with civil society, worked to formulate a law on gender-based violence.

However, the High Islamic Council of Mali, despite having issued a fatwa in 2019 to prevent conflict-related sexual violence, objected to the draft, resulting in its suspension.

Services for survivors are extremely limited, with 23 per cent unable to access health care and 56 per cent unable to reach shelters. As many as 48 per cent of health centres lacked post-rape kits, while one-stop centres reported 38 incidents of rape that resulted in HIV infection.

MINUSMA, in collaboration with local partners, organized a campaign to raise awareness of HIV infections linked to conflict-related sexual violence, followed by testing and services for 1,181 women and girls in Diré, Gao, Ménaka and Mopti Regions.

A case before the International Criminal Court was allowed to proceed against an alleged member of Ansar Eddine for his role in enforcing a policy of forced marriage leading to large-scale rape and sexual slavery in Timbuktu in 2013.

Despite concerted advocacy by MINUSMA and civil society organizations, 115 cases of conflict-related sexual violence, perpetrated during the Islamist occupation and the Tuareg rebellion in northern Mali, remain pending before the tribunal of commune III in Bamako.

Secretary-General urged the government to expedite the implementation of the joint communiqué, including through the validation of a concrete action plan; to address the obstacles and prioritize the prosecution of pending cases of conflict-related sexual violence; and to adopt the gender-based violence bill, which guarantees reparations and access to multisectoral services for survivors.